Transport of secondary electrons and reactive species in ion tracks*

The transport of reactive species brought about by ions traversing tissue-like medium is analysed analytically. Secondary electrons ejected by ions are capable of ionizing other molecules; the transport of these generations of electrons is studied using the random walk approximation until these electrons remain ballistic. Then, the distribution of solvated electrons produced as a result of interaction of low-energy electrons with water molecules is obtained. The radial distribution of energy loss by ions and secondary electrons to the medium yields the initial radial dose distribution, which can be used as initial conditions for the predicted shock waves. The formation, diffusion, and chemical evolution of hydroxyl radicals in liquid water are studied as well. 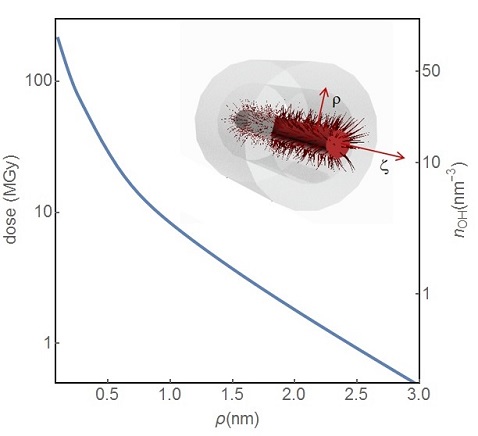