The absolute Double Differential Cross Sections (DDCS) have been obtained for electron emission from nitrogen molecule under the impact of 72 MeV bare carbon ions. The energy dependence of the electron DDCS was studied for 12 different angles: 20°, 30°, 45°, 60°, 75°, 80°, 90°, 105°, 120°, 135°, 150°, and 160°. At each angle the emitted electrons having energies between 1 and 500 eV were detected. The main interest is to look for the possible existence of interference patterns in the electron spectra due to coherent emission from the two molecular centers. The dynamics of the interaction is described within the continuum distorted wave-eikonal initial state model (CDW-EIS). The DDCS ratios (i.e N2/2N) do not show a clear signature of the oscillatory behavior arising from the interference unlike that observed in the case of H2. The forward-backward angular asymmetry(α) parameter, as deduced from DDCS values at 30° and 150°, increases monotonically with velocity of the emitted electrons and does show a mild oscillation due to the Young-type electron interference in a molecular double slit. These observations are in qualitative agreement with the prediction of the CDW-EIS model. The apparent absence of the oscillation in the DDCS ratios or a mild oscillation in the α-parameter is qualitatively explained in terms of partial cancellation of contributions arising from different molecular orbitals. The single differential cross sections (SDCS) are well reproduced by the CDW-EIS model as well as the semi-empirical Rudd model. The overall agreement of the DDCS data with the CDW-EIS is extremely good. However, a closer inspection revealed occasional deviations in the angular distribution, particularly in extreme forward and backward angles. 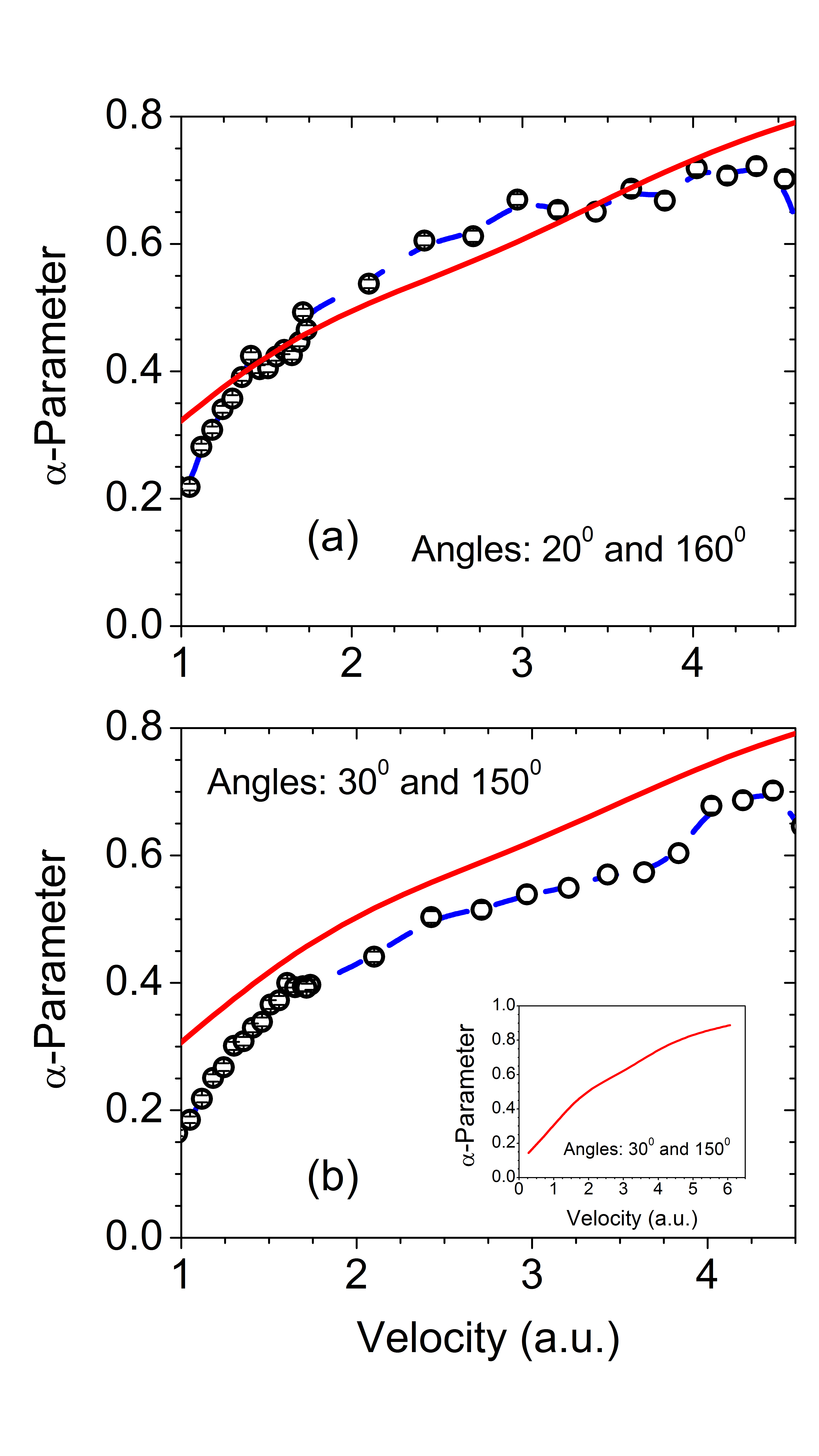