We theoretically investigate the single-photon router using two Rydberg atoms embedded in a multi-channel coupled cavity arrays(CCAs) driven by a classical field. It is shown that when the Rydberg interaction is in the proper range, three kinds of photons with different frequencies are absorbed and the quantum routing can be achieved due to the spontaneous emission of the formed dressed states. The Rydberg interaction can also cause photons that are not originally in the energy range to be routed. Furthermore, the total reflection of the single photon is obtained because of the coherent resonance and the existence of the photonic bound states. Based on these characteristics, it is a feasible scheme to generate a multi-frequency photons router and it could be useful for designing the single-photon devices. 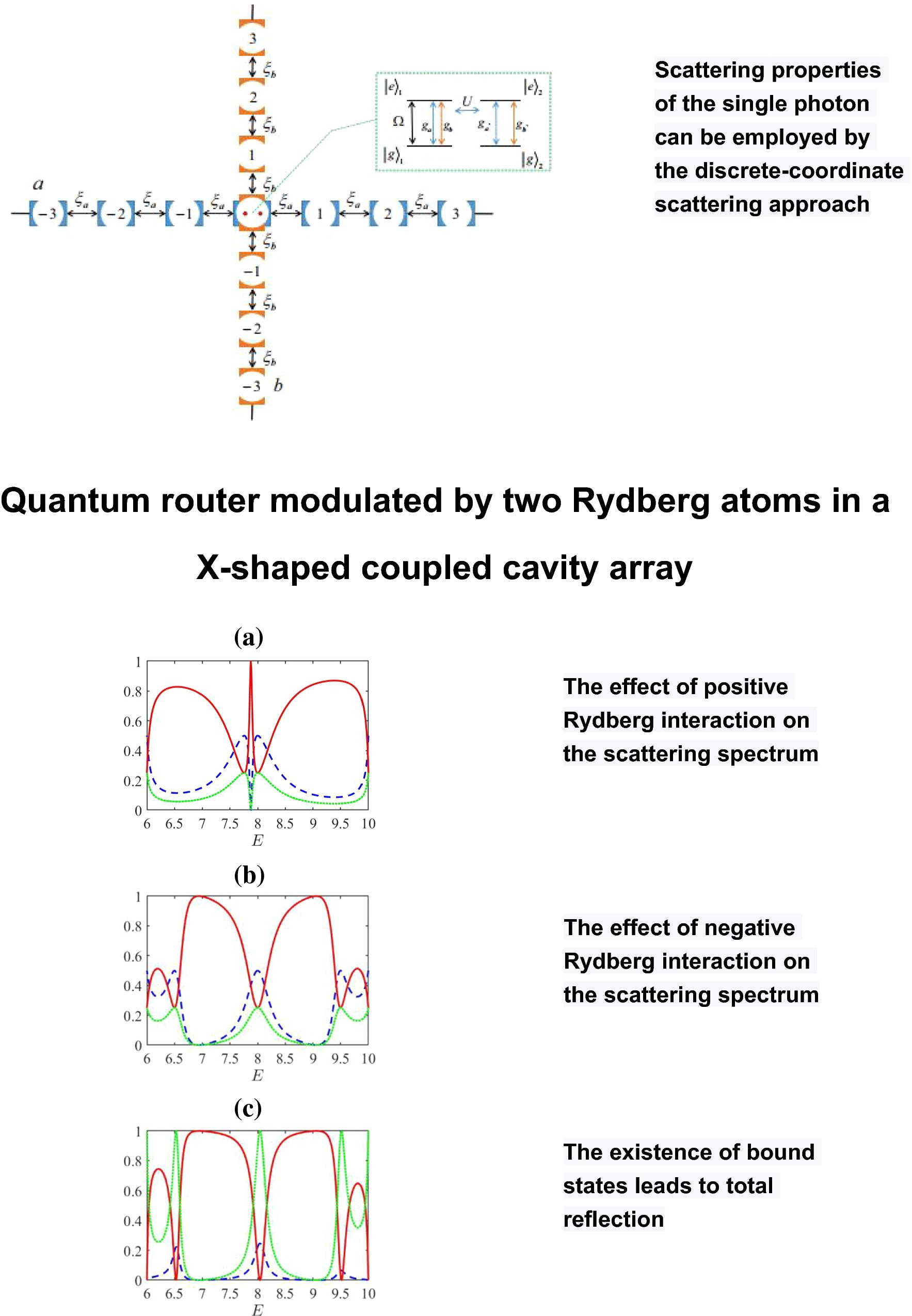