Based on the quasi-boson approach, a model of a Λ-type three-level atom coupled to a X-shaped coupled cavity arrays (CCAs) is used to study the transport properties of a single-photon in the dissipative case, and a classical field is introduced to motivate the one transition of the Λ-type three-level atom (ΛTLA). The analytical expressions of transmission and transfer rate are obtained. Our results show that the cavity dissipation will obviously weaken the single-photon transfer rate where the incident energy of the single photon is resonant with the excited energy of the atom. Whether the cavity dissipation exists or not, the single photon can be almost confined in the incident channel at large detuning, and we can regulate the intensity of the classical field to control the total transmission of the single-photon. 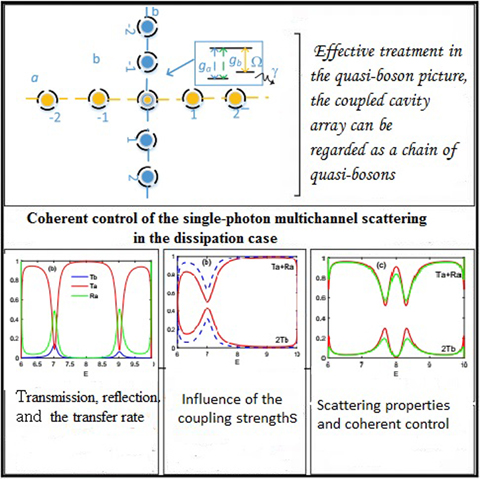