In a quantum network, a quantum router can play a key role that involves exchanging quantum information (quantum states) among different parties. In this paper, we propose a single-photon quantum router by using a four-level atom that is embedded in quantum multi-channels, which are composed of coupled-resonator waveguides. Single photons can be guided from one quantum channel to another by controlling an on-demand classical field. The fidelity of the routing atom recovers to a maximum after a time evolution cycle of the system; thus, the fidelity of the information-carrying single photon reaches unit at the same time. For the first time, we demonstrate that quantum information carried by single photons can be perfectly held after a quantum router. 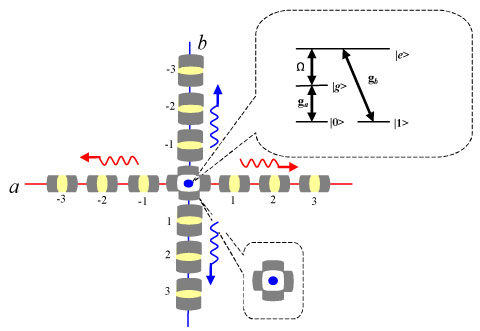