The dynamics of the electron-impact single ionization of hydrogenic targets in the presence of a laser field (e, 2e) has been studied for different residual ion charges Z = 1, 2, 3 and 4. The state of fast electron in the laser field is described by the Volkov state, while the dressed state of the ejected slow electron and atomic target is treated perturbatively to the first-order perturbation theory. We calculate the triple differential cross section in the Ehrhardt asymmetric coplanar geometry. We have compared and analyzed the triple differential cross sections from one-electron atoms by varying the charge state of the residual ion, and evaluating the interplay between the laser influence and the role of scattering from the residual ion. 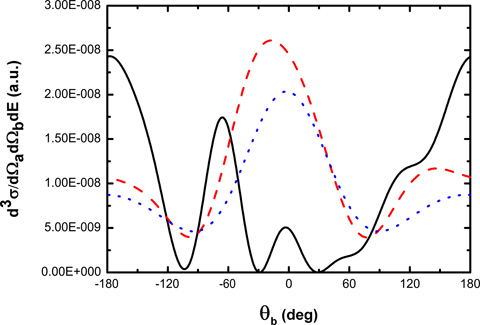