We demonstrate that the two-photon photoelectron spectrum can be manipulated by an ultrashort light pulse. We decompose a short pulse into a linear superposition of Fourier modes. The two-photon transition amplitude becomes a summation of all pathways. The contribution of each pathway was accurately calculated by using a second-order variational method. By properly choosing the carrier frequency and pulse duration according to the calculated two-photon absorption factor versus the absorbed first photon energy, the photoelectron spectrum can become single- or double-peaked. We use the hydrogen atom as a model and study both cases of linearly and circularly polarized light pulse. 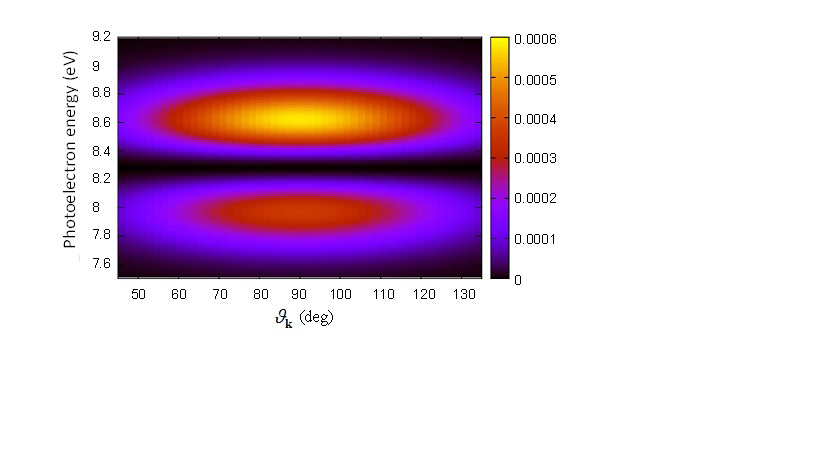