Multiphoton ionization of sodium by a femtosecond laser pulse of 760 nm wavelength and different peak intensities is studied by inspecting the photoelectron angular and momentum distributions and the energy spectra. For this purpose a single-electron model of the atom interacting with the electromagnetic field is used, and the distributions are determined by calculating the evolution of the electron wave function. Beside the most prominent distribution maxima related to the four-photon ionization, the five-photon (above-threshold) ionization peaks are observed. Substructures in the main (nonresonant) maximum in the photoelectron spectra at the four-photon ionization are related to the resonantly enhanced multiphoton ionization via intermediate 4s, 4f, 5p, 5f and 6p states. 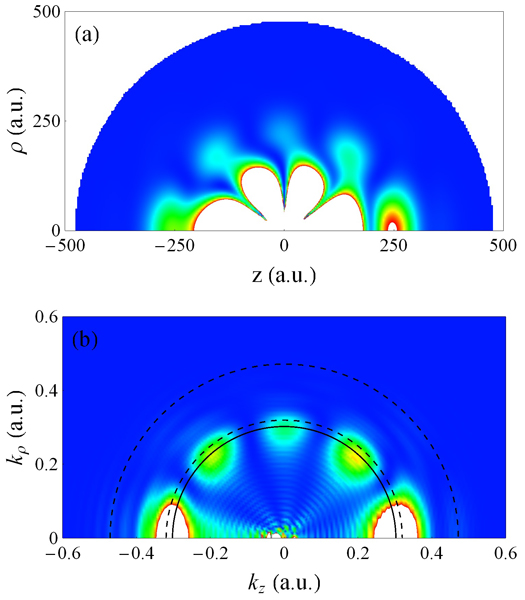