We analyze the photoelectron angular distribution in two-pathway interference between nonresonant one-photon and resonant two-photon ionization of neon. We consider a bichromatic femtosecond XUV pulse whose fundamental frequency is tuned near the 2p53s atomic states of neon. The time-dependent Schrödinger equation is solved and the results are employed to compute the angular distribution and the associated anisotropy parameters at the main photoelectron line. We also employ a time-dependent perturbative approach, which allows obtaining information on the process for a large range of pulse parameters, including the steady-state case of continuous radiation, i.e., an infinitely long pulse. The results from the two methods are in relatively good agreement over the domain of applicability of perturbation theory. 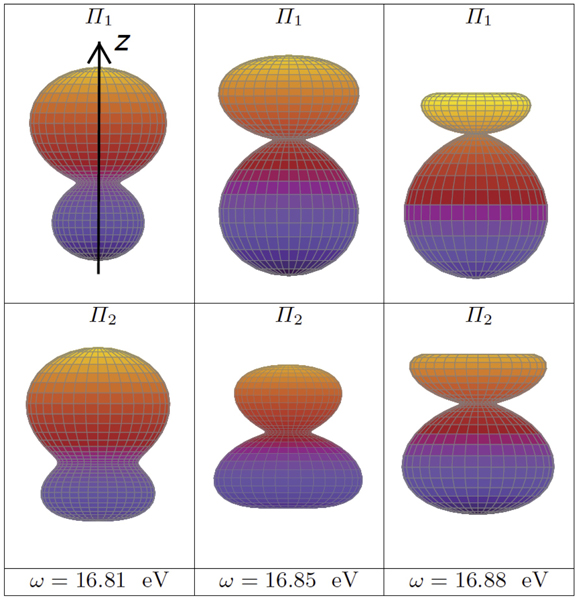