The interaction of a short, few-cycle light pulse and an atom which is prepared initially in a superposition of two stationary states is shown to exhibit strong signatures of atomic coherence. For a given waveform of the laser pulse, appropriate quantum mechanical relative phase between the constituents of the initial superposition can increase the ionization probability by a factor of three. A similarly strong effect can be observed when the waveform of the ionizing pulse is changed. These results allow for intuitive explanations, which are in agreement with the numerical integration of the time dependent Schrödinger equation. A detailed analysis shows that the verification our findings is feasible experimentally. 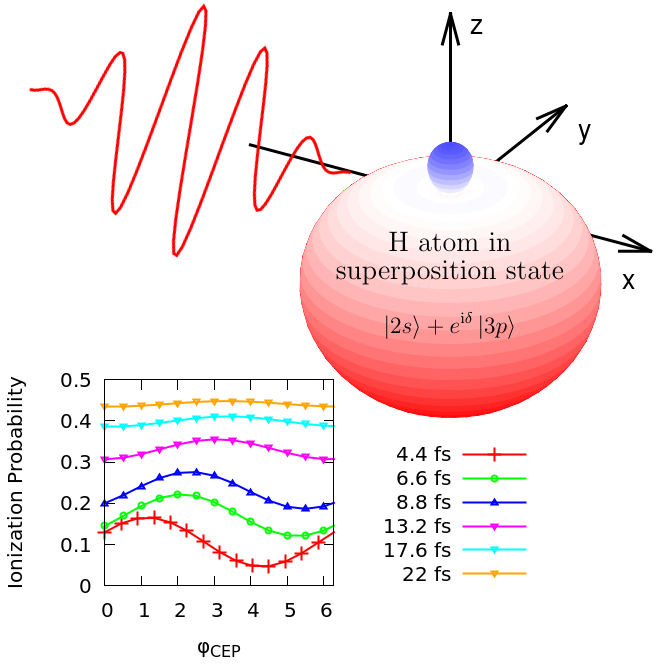