S-wave resonances in positron-helium system, embedded in Debye plasma, have been investigated using the stabilization method. The interactions among the charged particles in the plasma have been represented by Debye-Huckel potentials. A model potential has been used to describe the interaction between the outer electron with the He+ ionic core. Two resonances below the Ps(n = 2) − He+ threshold have been identified. For the unscreened case, our results are in nice agreement with some of the most accurate results available in the literature. To the best of our knowledge, such an investigation on S-wave resonance states, lying below the Ps(n = 2) excitation threshold, of the positron-helium system embedded in Debye plasma environment is the first reported in the literature. 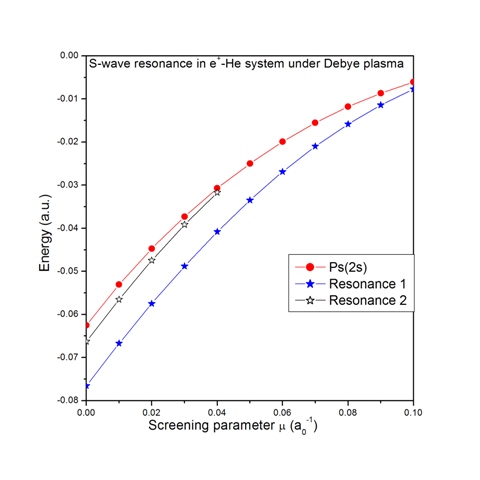