Study of the structural, electrical and optical properties of Ge-Pb-Te nanocrystals

Nanocrystals of Pb37.5Ge12.5Te50 with average size 24 nm are prepared using direct solid state reactions of pure elements in vacuum. The obtained Pb37.5Ge12.5Te50 nanocrystal alloy was used as a starting material for preparing thin films by inert gas condensation (IGC) technique. The obtained thin films show a nanocrystalline structure. Particle size of thin film increases from 4.3 to 6.9 nm with increasing film thickness from 10 to 60 nm. Optical studies for thin films revealed a direct allowed electronic transition. The values of optical band gap Eopg decreased from 2.26 to 1.63 eV with increasing film thickness from 10 to 60 nm and inversely proportional to particle size. The electrical conductivity of nanocrystalline thin films was enhanced by a factor of 1000 times with increasing film thickness from 10 to 60 nm. The reduction of electrical conductivity during cooling cycle for 46 and 60 nm film thicknesses can be explained by the so-called core-shell model. The growth of crystal during heating process causes an increase in thin film resistance during cooling which reduces the probability of the presence of current paths within thin film. 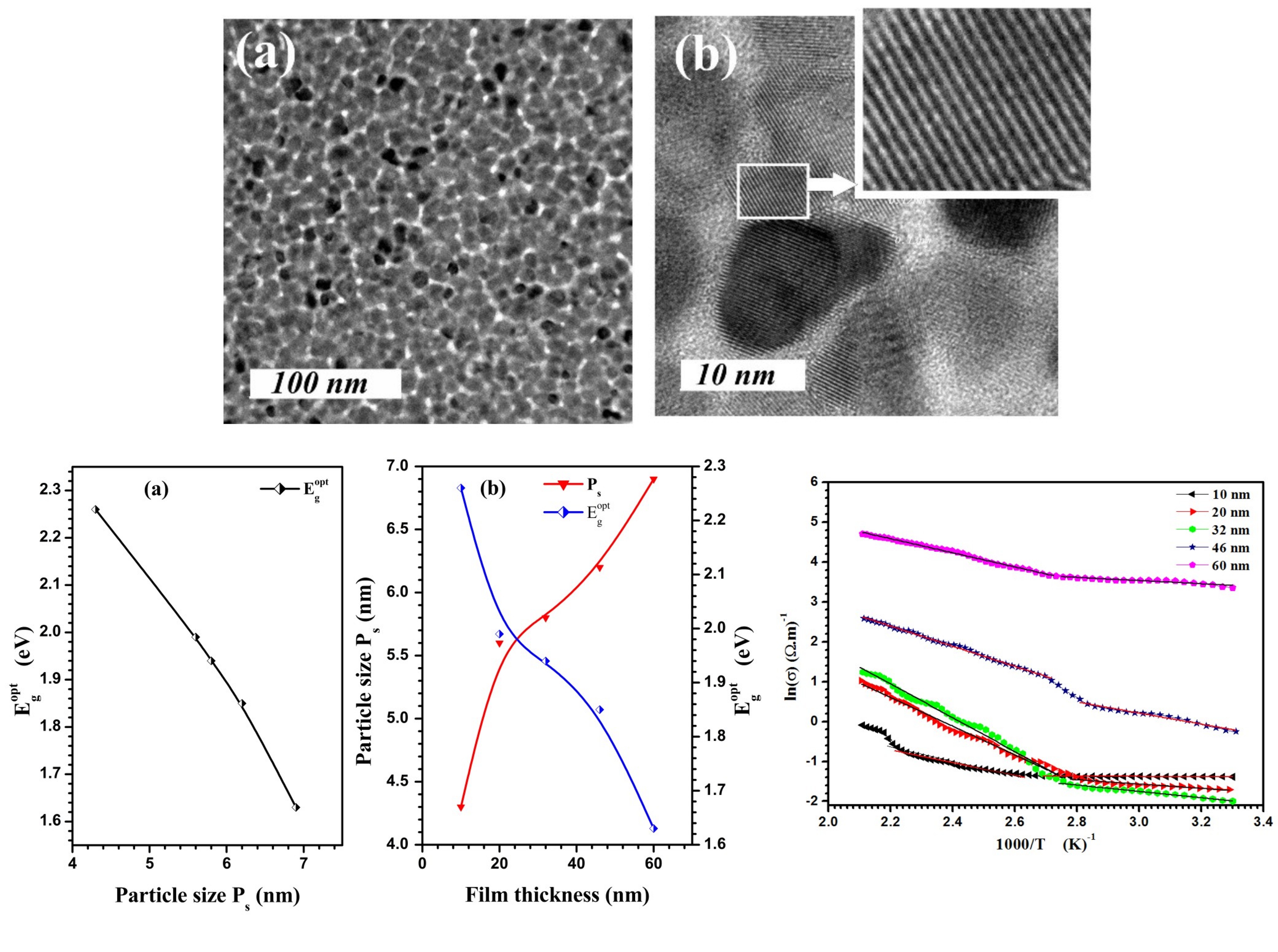