This work calculated the PECs of 24 Λ-S states and 54 Ω states of F2+ cation. The calculations were done with the CASSCF method, which was followed by the internally contracted MRCI approach. Core-valence correlation correction, scalar relativistic correction and basis set extrapolation were taken into account. Of these 24 Λ-S states, the 22Σg−, 22Σu−, 24Σg−, 14Δu, and 24Πg states were found to be repulsive. The X2Πg, A2Πu 14Δg, 14Πg and 24Πg states were found to be inverted with the spin-orbit coupling effect included. The 12Δg, 24Πu, 14Πg, 14Σu+, 22Πu, 14Σg−, 24Σu−, and 12Σg+ states were found to be weakly bound. The 24Σu− state had double wells. The avoided crossings of PECs were observed between the A2Πu and 22Πu states, the X2Πg and 22Πg states, the 12Σu− and 22Σu− states, the 14Πu and 24Πu states, and the 14Σ−g and 24Σ−g states. Some spectroscopic parameters were determined and the vibrational properties of several weakly-bound states were predicted. The spin-orbit coupling effect on the spectroscopic parameters was evaluated. Comparison with available experimental data shows that the methodology used in this paper is highly accurate for this system. 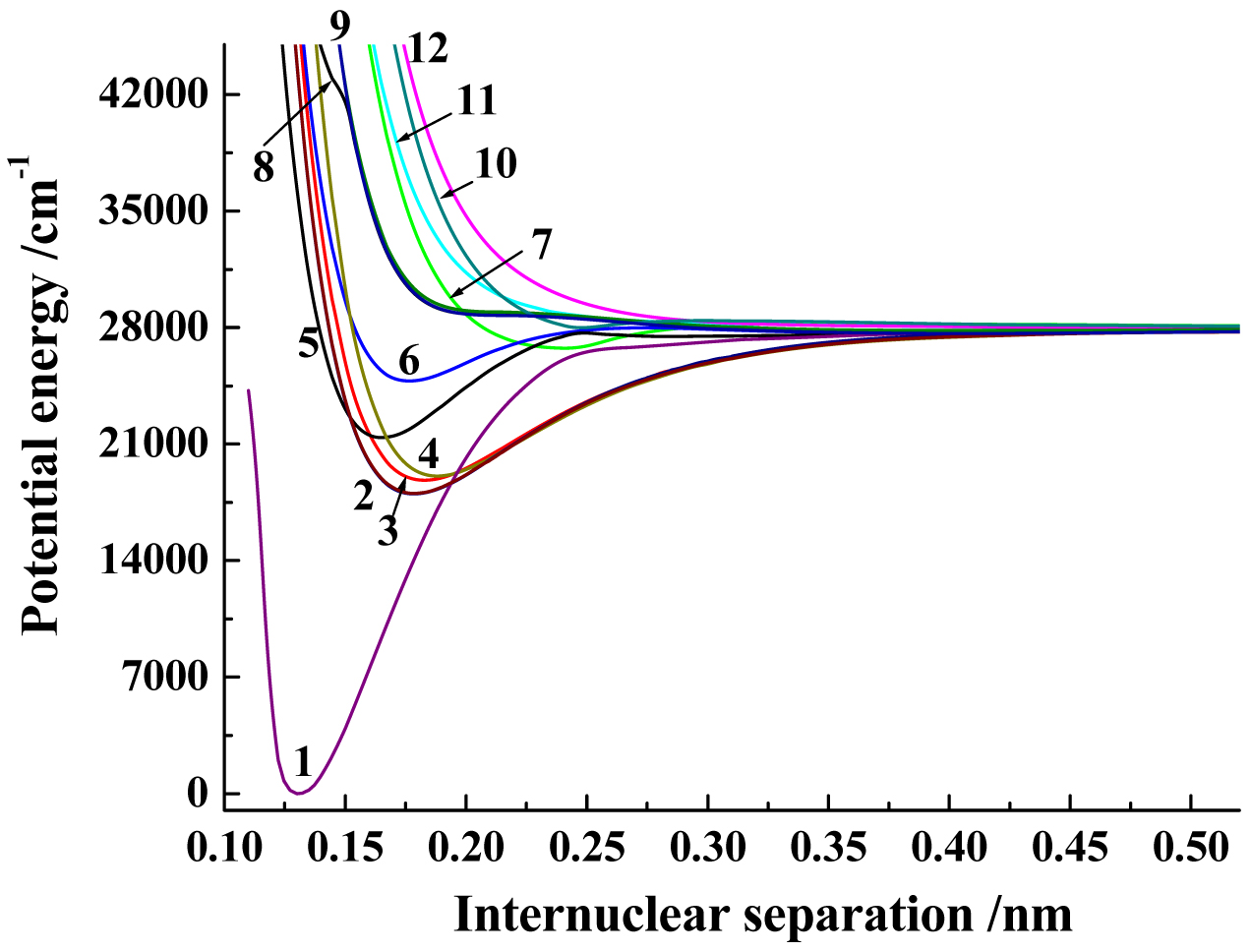