Femtosecond laser induced Ti plasma has been characterized as a function of pressure by means of femtosecond laser induced breakdown spectroscopy (fs-LIBS). Experiments were performed with a Ti: sapphire laser system (100 fs, 800 nm), in an air pressure from 10 Pa to 104 Pa. The time-resolved spectrum has been acquired and the spectral intensities of different plasma species have been investigated with a changing ambient pressure. The Ti atomic lines decay while the ionic ones grow with an increasing pressure. The enhancement of nitrogen ionic line has also been observed. The time of flight spectroscopy is adopted to measure the expanding velocity of the plasma plume. The increasing pressure slows the plasma expansion along both axial and radial directions. The electron density and temperature are measured by means of Boltzmann plot method and Stark width method, respectively. It is concluded that higher pressure will increase the energy absorption and retard the plasma expansion, leading to larger electron density and temperature. 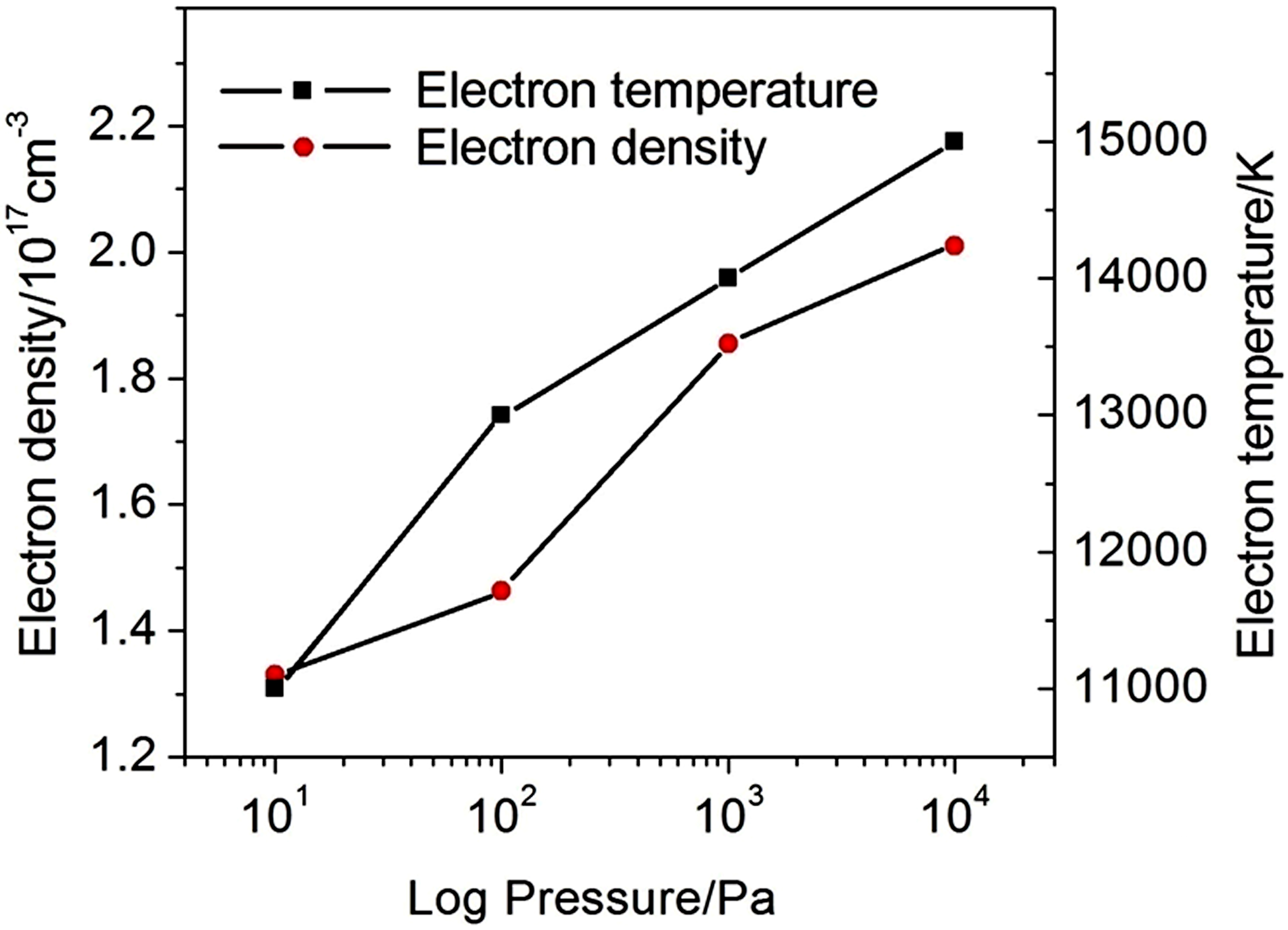