This work computed the potential energy curves of 17 Λ-S states, which came from the first three dissociation limits, Si+(2Pu) + B(2Pu), Si(3Pg) + B+(1Sg), and Si(1Dg) + B+(1Sg), of the SiB+ cation. The potential energy curves were also calculated for the 32 Ω states generated from these Λ-S states. The calculations were done using the CASSCF method, which was followed by internally contracted MRCI approach with Davidson correction. To obtain the reliable and accurate spectroscopic parameters and vibrational properties, core-valence correlation and scalar relativistic corrections were included. Of these 17 Λ-S states, the C3Σ+, E3Π, 33Π, 23Σ+, 21Π, and 31Σ+ states had double wells. The 31Π state had three wells. The D3Σ−, E3Π, 33Π, and B3Δ states were inverted with the spin-orbit coupling effect accounted for. The 21Δ state, the first well of 31Σ+ state, the second wells of 33Π, 23Σ+, and 21Π states and the second and third wells of 31Π state were weakly bound, which well depths were within several hundreds cm-1. The second well of 31Π state had no vibrational states. The first wells of E3Π and 31Σ+ states had only one vibrational state. The spectroscopic parameters were evaluated. The vibrational properties of some weaklybound states were predicted. Franck-Condon factors of some transitions between different two Λ-S states were determined. The spin-orbit coupling effect on the spectroscopic parameters and vibrational properties was discussed. These results reported here can be expected to be reliably predicted ones. 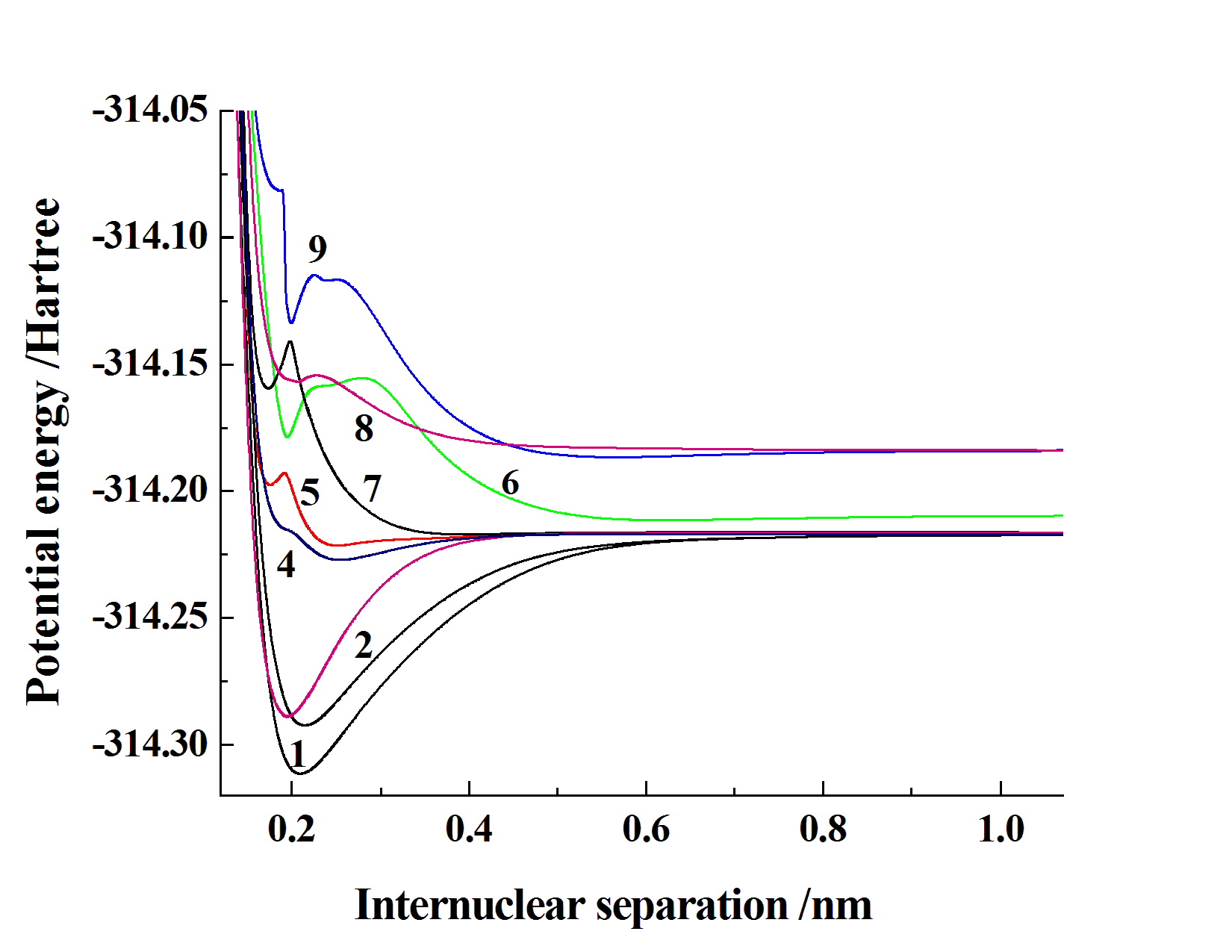