The effect of photocurrent limiting has been observed for the pyrolitic CdS films, both pure and Li-doped. In the view of the polycrystallinity of the studied objects, the behaviour of nonequilibrium charge carriers are explained by the surface-barrier mechanism of the current transfer. At that the effect of the photocurrent limiting is due to the photomodulation of potentional barriers for the drift and the recombination, which influence on mobility and lifetime of charge carriers. It has been obtained the theoretical dependences of mobility, conductivity and photocurrent on the modulation of the potential barrier under photoexcitation. It has been found that in its turn the photomodulation of the potentional barriers is described by hyperbolic function. The analysis of experimental dependences of photocurrent on the excitation intensity in the context of these notions allowed determining the average value of the biographic surface potential barrier for the drift and the recombination in polycrystalline structures. For the pyrolytic CdS and CdS:Li films it accounts 0.18 eV and 0.23 eV, respectively. 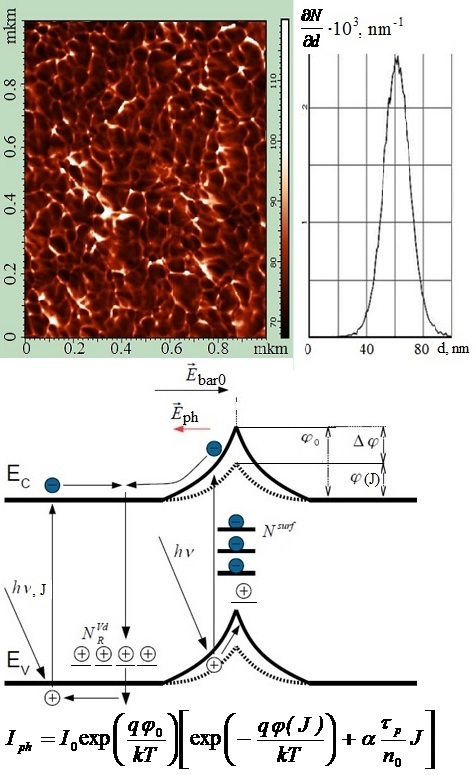