The ability to load ultracold atoms at a well-defined energy in a disordered potential is a crucial tool to study quantum transport, and in particular Anderson localization. In this paper, we present a new method for achieving that goal by rf transfer of atoms in an atomic Bose-Einstein condensate from a disorder-insensitive state to a disorder-sensitive state. It is based on a bichromatic laser speckle pattern, produced by two lasers whose frequencies are chosen so that their light-shifts cancel each other in the first state and add up in the second state. Moreover, the spontaneous scattering rate in the disorder-sensitive state is low enough to allow for long observation times of quantum transport in that state. We theoretically and experimentally study the characteristics of the resulting potential. 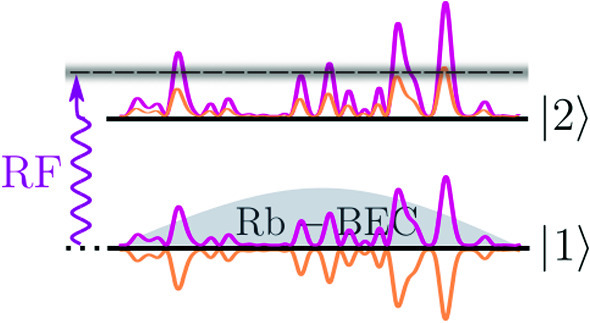