The multipole polarizabilities for hydrogen-like atoms with Hulthén potential are calculated with the sum-over-states formalism where the system bound and pseudocontinuum states are produced by employing the generalized pseudospectral method. Energies for nonzero angular momentum states, transition oscillator strengths, and dipole polarizabilities for the ground state of H atom with HP are calculated with high accuracy and compared with previous calculations. Quadrupole, octupole, and hexadecapole polarizabilities for both the ground and excited states are reported for the first time. The combined effect of Hulthén potential and impenetrable sphere on the polarizabilities is investigated, and the relation of such system with the confined H atom and particle in a box is discussed. Further comparison among Hulthén, screened Coulomb, and exponential cosine screened Coulomb potentials reveals that although the ground state energies follow the comparison theorem very well, their first-order energy corrections show complicated variations. 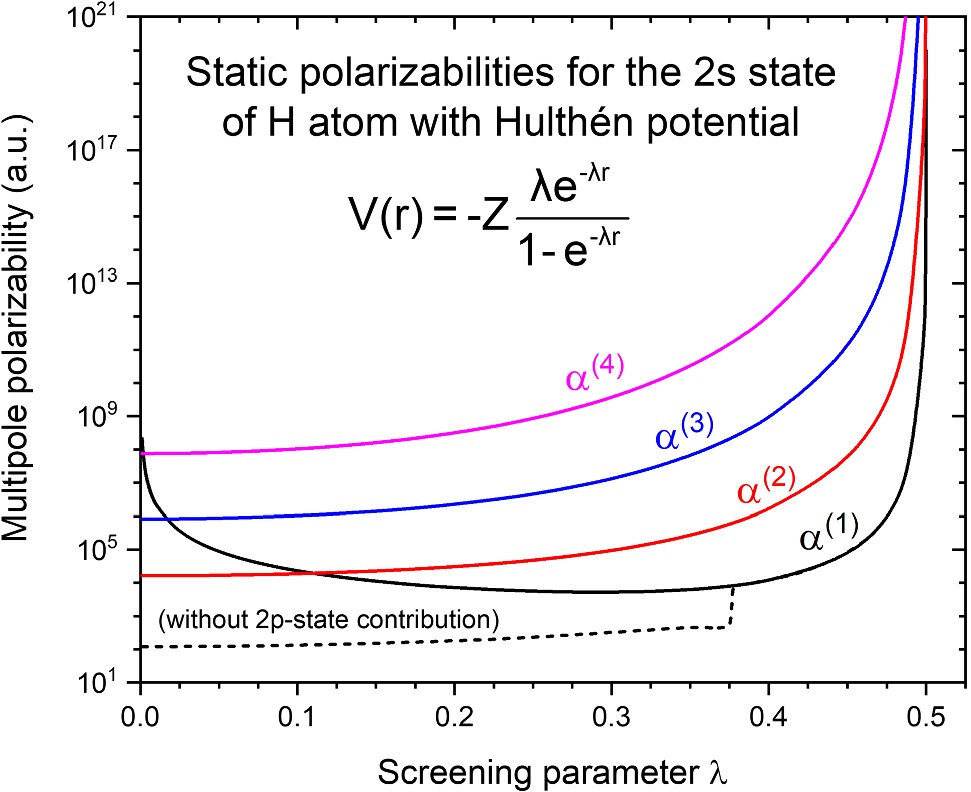