The time-independent Schrödinger equation (TISE) is solved to evaluate energy eigenvalues and eigenfunctions of H-atom confined by one of the radial potentials, which is modified by a ring-shaped potential and further encaged in a spherical boundary. We have considered the following four radial potentials i.e., Debye, Exponential Cosine Screened Coulomb (ECSC), Hulthén(

considerably affect the amplitude of multipole polarizabilities. Size of the spherical boundary (

) crucially affects multipole polarizabilities and overweighs the effect of 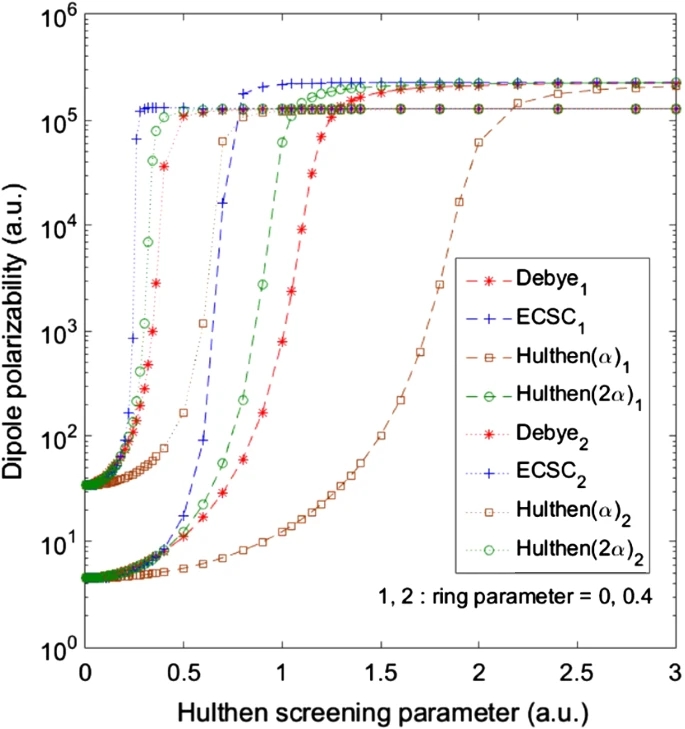