We present the results of a study of the relaxation and diffusion processes of rubidium atoms in a rubidium cell with an internal vapor source. The cell is an evacuated glass bulb characterized by the fact the source of atomic vapors in the form of a metal film of Rb has been evenly distributed throughout the inner surface of the bulb, and the paraffin film has also been uniformly distributed over the entire area and over the metal surface. Using laser optical pumping, we performed measurements of the relaxation time and the average number of bounces of optically pumped rubidium atoms in the bulb. We also measured the adsorption time of rubidium atoms by the paraffin coating and the diffusion coefficient of the rubidium atoms in the paraffin used. A simple model of the pumping and atomic diffusion processes in the cell is also discussed. 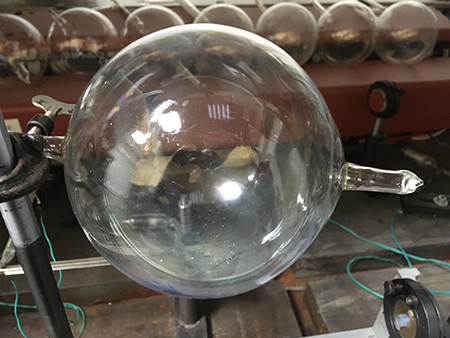