Quantum effects due to the interaction between Su(1,1) and Su(2) quantum systems with damping

An analytical description is given for a model which represents the interaction between Su(1,1) and Su(2) quantum systems with Su(1,1) -cavity damping. The analytic solution for the master equation of the density matrix is obtained Then examinations of the effects of the damping parameter as well as the change in the initial state of the field on some physical phenomena are performed. Examination of the correlation function shows that the system displays anti-bunching for all periods of time except for a large value of the excitation number when k = 1 / 4. Our discussion for the variance squeezing also shows that the phenomenon of squeezing is pronounced in the quadrature variances for the even parity case. 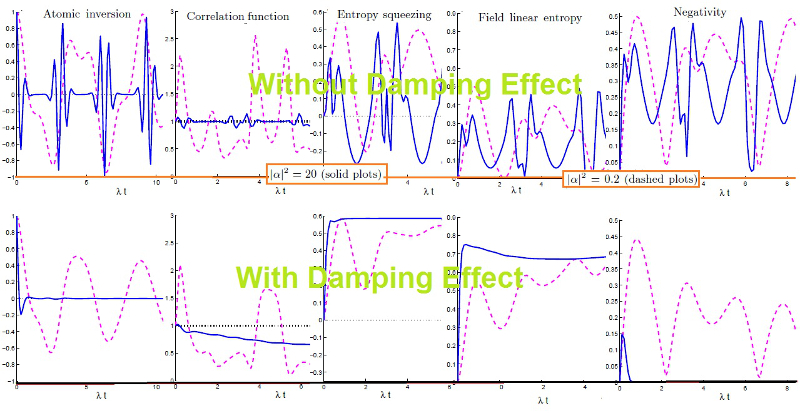