Optimal initiation of quantum dynamics of N-H photodissociation of pyrrole on the S0-1πσ∗(1A2) coupled electronic states by UV-laser pulses in an effort to guide the subsequent dynamics to dissociation limits is studied theoretically. Specifically, the task of designing optimal laser pulses that act on initial vibrational states of the system for an effective UV-photodissociation is considered by employing optimal control theory. The associated control mechanism(s) for the initial state dependent photodissociation dynamics of pyrrole in the presence of control pulses is examined and discussed in detail. The initial conditions determine implicitly the variation in the dissociation probabilities for the two channels, upon interaction with the field. The optimal pulse corresponds to the objective fixed as maximization of overall reactive flux subject to constraints of reasonable fluence and quantum dynamics. The simple optimal pulses obtained by the use of genetic algorithm based optimization are worth an experimental implementation given the experimental relevance of πσ∗-photochemistry in recent times. 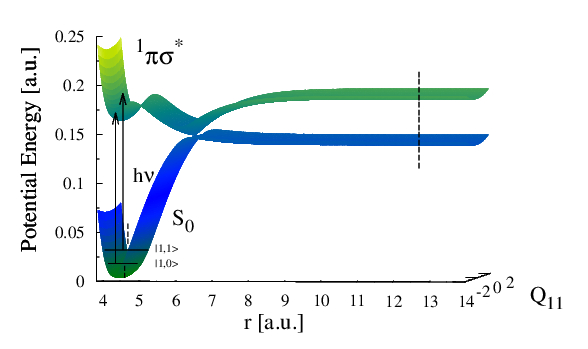