In this paper we analyze the C IV and Si IV broad absorption troughs of two BALQSOs (J101056.69+355833.3, J114548.38+393746.6) to the individual components they consist of. By analyzing a BAL trough to its components we have the advantage to study the variations of the individual absorbing systems in the line of sight and not just the variations of the whole absorption trough or the variations of selected portions of BAL troughs exhibiting changes. We find that the velocity shifts and FWHMs (Full Width at Half Maximum) of the individual components do not vary between an interval of six years. All variable components show changes in the optical depths at line centers which are manifested as variations in the EW (Equivalent Width) of the components. In both BALQSOs, over corresponding velocities, Si IV has higher incidence of variability than C IV. From our analysis, evidence is in favour of different covering fractions between C IV and Si IV. Finally, although most of our results favour the crossing cloud scenario as the cause of variability, there is also strong piece of evidence indicating changing ionization as the source of variability. Thus, a mixed situation where both physical mechanisms contribute to BAL variability is the most possible scenario. 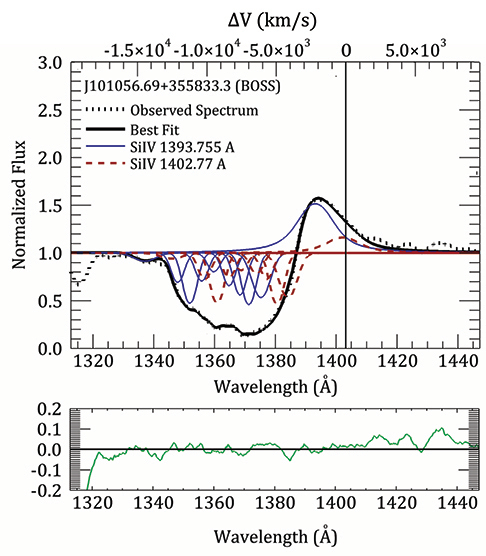