Guided-mode coupling in a microresonator generally manifests itself through avoided crossings of the corresponding resonances. This coupling can strongly modify the resonator local effective dispersion by creating two branches that have dispersions of opposite sign in spectral regions that would otherwise be characterized by either positive (normal) or negative (anomalous) dispersion. In this paper, we study, both analytically and computationally, the general properties of nonlinear frequency comb generation at an avoided crossing using the coupled Lugiato-Lefever equation. In particular, we find that bright solitons and broadband frequency combs can be excited when both branches are pumped for a suitable choice of the pump powers and the detuning parameters. A deterministic path for soliton generation is found. 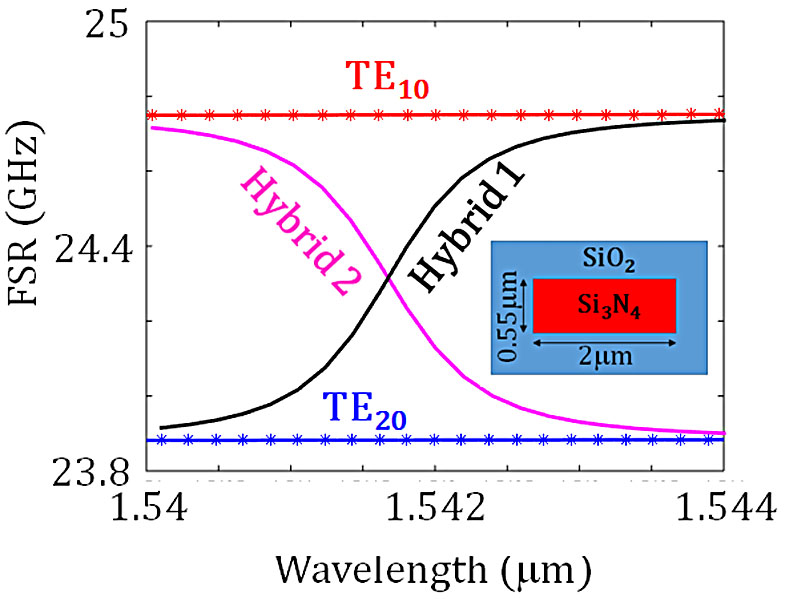