We consider two two-level atoms interacting with a vacuum electromagnetic (EM) field. We study the effects of initial correlations and quantum coherence on the energy flux of two atoms into a spatially correlated environment, and we find that quantum coherence plays a decisive role in the energy flux dynamics. And by manipulating the relative phase, we can control the initial value of the energy flux, the speed of energy release in different stages of the dynamics and the release time of the energy of two atoms. Furthermore, we study the energy flux dynamics of one of the two atoms, and the other atom as an auxiliary atom, and then the atom we concern can be considered to be coupled to a structured bath (auxiliary atom + EM field). Based on this, we find that by manipulating the relative phase, we can control the initial direction of the energy flow between the atom concerned and the structure bath, and the energy backflow during the time evolution. 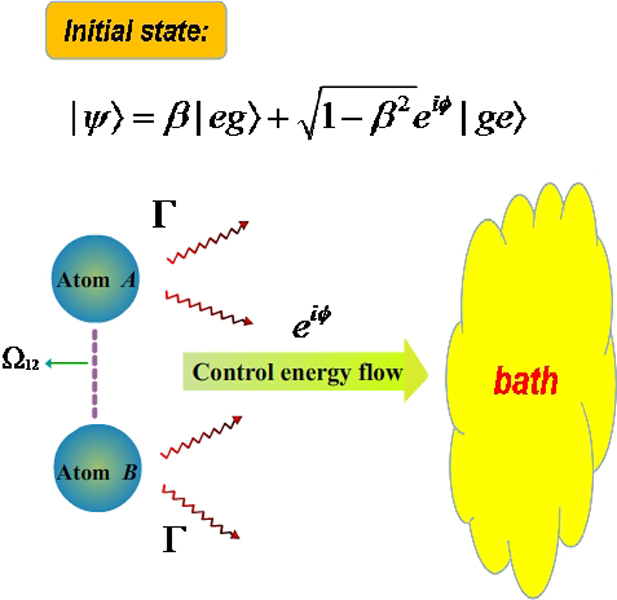