We discuss the differences between two well-studied and related phenomena – coherent population trapping (CPT) and electromagnetically induced transparency (EIT). Many differences between the two – such as the effect of power in the beams, detuning of the beams from resonance, and the use of vapor cells filled with buffer gas – are demonstrated experimentally. The experiments are done using magnetic sublevels of the 1 → 1 transition in the D2 line of 87Rb. 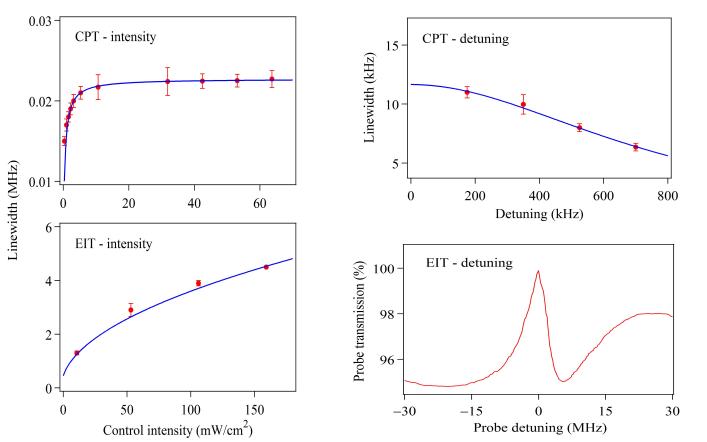