We investigate the disorder effect on coherent fraction and the quantum phase transition of ultracold dilute Bose gases trapped in disordered optical lattices. Within the framework of Bogoliubov theory, an analytical expression for the particle density is derived and the dependence of coherent fraction on disorder strength as well as on lattice depth is discussed. In weak disorder regime, we find a decreased sensitivity of coherent fraction to disorder with the increase of on-site interaction strength. For strong disorder, the quantum phase boundary between superfluid phase and Bose glass phase in the disordered Bose-Hubbard system in weak interaction regime is discussed qualitatively. The obtained phase diagram is in agreement with the empirical square-root law. The dependence of the corresponding critical value of the disorder strength on optical lattice depth is presented as well, and may serve as a reference object for possible experimental investigation. 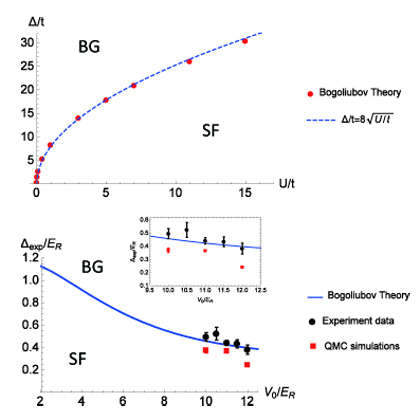