We consider a mixture of a two-component Fermi gas and a single-component dipolar Bose gas in a square optical lattice and reduce it into an effective Fermi system where the Fermi-Fermi interaction includes the attractive interaction induced by the phonons of a uniform dipolar Bose-Einstein condensate. Focusing on this effective Fermi system in the parameter regime that preserves the symmetry of D4, the point group of a square, we explore, within the Hartree-Fock-Bogoliubov mean-field theory, the phase competition among density wave orderings and superfluid pairings. We construct the matrix representation of the linearized gap equation in the irreducible representations of D4. We show that in the weak coupling regime, each matrix element, which is a four-dimensional (4D) integral in momentum space, can be put in a separable form involving a 1D integral, which is only a function of temperature and the chemical potential, and a pairing-specific “effective” interaction, which is an analytical function of the parameters that characterize the Fermi-Fermi interactions in our system. We analyze the critical temperatures of various competing orders as functions of different system parameters in both the absence and presence of the dipolar interaction. We find that close to half filling, the dx2 − y2-wave pairing with a critical temperature in the order of a fraction of Fermi energy (at half filling) may dominate all other phases, and at a higher filling factor, the p-wave pairing with a critical temperature in the order of a hundredth of Fermi energy may emerge as a winner. We find that tuning a dipolar interaction can dramatically enhance the pairings with dxy- and g-wave symmetries but not enough for them to dominate other competing phases. 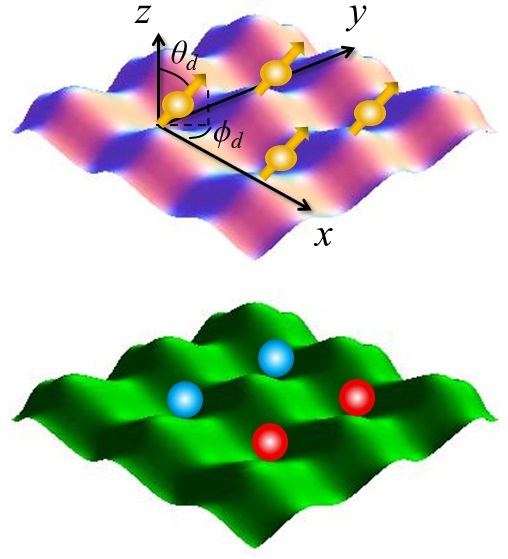