We report the observation of a fluorescence peak appearing in dilute alkali (Rb, Cs) vapor in the presence of a buffer gas when the cw laser radiation frequency is tuned between the Doppler-broadened hyperfine transition groups of an atomic D2 line. Based on steep laser radiation intensity dependence above the threshold and spectral composition of the observed features corresponding to atomic resonance transitions, we have attributed these features to the buffer gas-assisted four-wave mixing process. 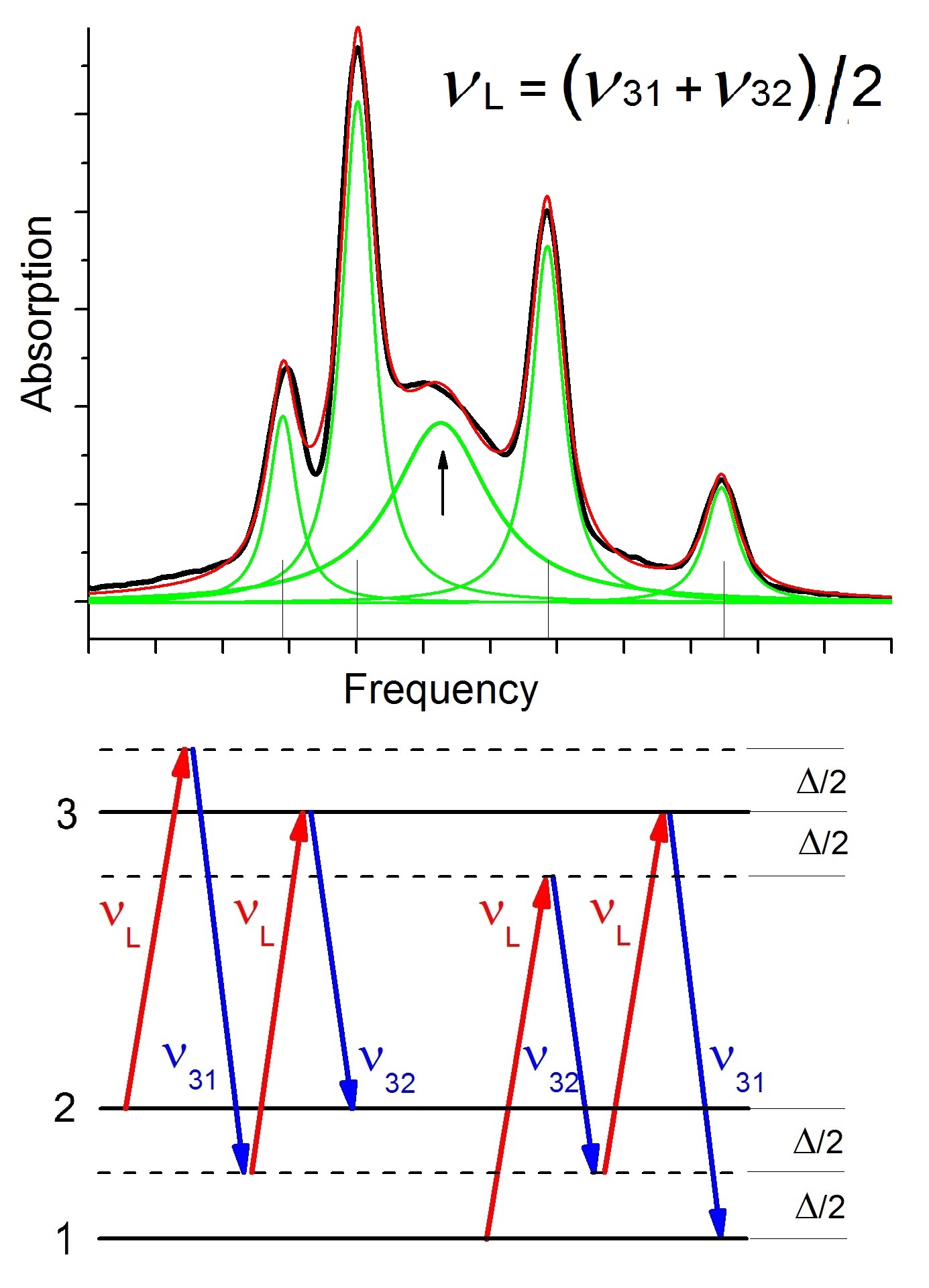