The transition dipole moments of the first eight 1Σ+ states of the LiH molecule have been calculated using ab initio approach based on the pseudopotential technique. Such transition dipole moments have been used to determine the radiative lifetimes for all vibrational levels of the first and the second excited states, A and C 1Σ+, using accurate adiabatic potential energy curves. In addition to the bound-bound transitions, we have included the bound-free emissions probabilities. The latter was calculated exactly and using the Franck-Condon approximation and then included in the total radiative lifetime. A significant change in these lifetimes has been observed, particularly for the higher excited vibrational levels for which the approximate evaluation breaks down. The radiative lifetimes of the vibrational levels of the A1Σ+ exited sate are in very good agreement with the few available theoretical and experimental results. However, the radiative lifetimes associated to the C1Σ+ state are presented here for the first time. 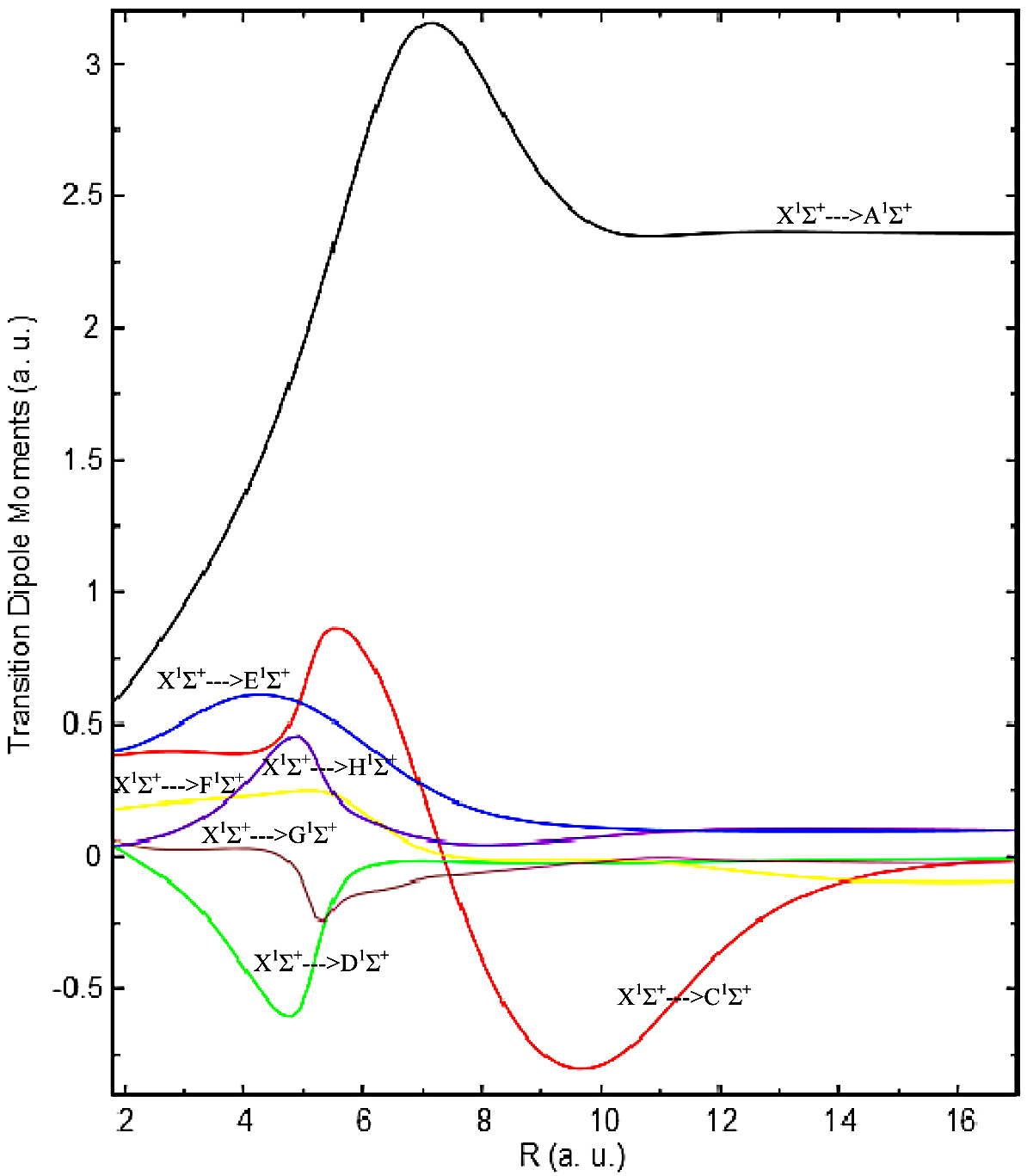