The propagation of a probe laser field in a cavity optomechanical system with a Bose-Einstein condensate is studied. The transmission properties of the system are investigated and it is shown that the group velocity of the probe pulse field can be controlled by Rabi frequency of the pump laser field. The effect of the decay rate of the cavity photons on the group velocity is studied and it is demonstrated that for small values of the decay rates, the light propagation switches from subluminal to superluminal just by changing the Rabi frequency of the pump field. Then, the gain-assisted superluminal light propagation due to the cross-Kerr nonlinearity is established in cavity optomechanical system with a Bose-Einstein condensate. Such behavior can not appear in the pump-probe two-level atomic systems in the normal phase. We also find that the amplification is achieved without inversion in the population of the quantum energy levels. 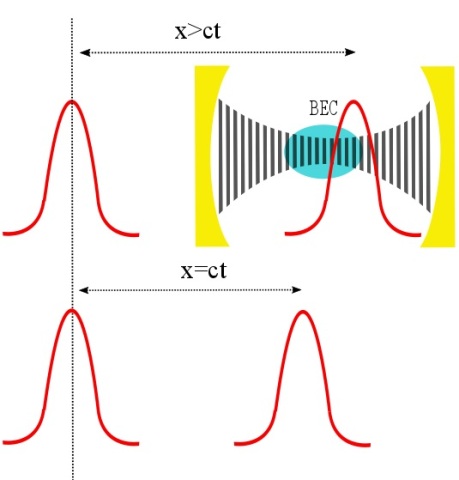