In this paper, an atmospheric pressure plasma discharge in argon was generated using a needle-to-ring electrode configuration driven by a sinusoidal excitation voltage. The electric discharge processes and discharge characteristics were investigated by inspecting the voltage-current waveforms, Lissajous curves and lighting emission images. The change in discharge mode with applied voltage amplitude was studied and characterised, and three modes of corona discharge, dielectric barrier discharge (DBD) and jet discharge were identified, which appeared in turn with increasing applied voltage and can be distinguished clearly from the measured voltage-current waveforms, light-emission images and the changing gradient of discharge power with applied voltage. Based on the experimental results and discharge mechanism analysis, an equivalent electrical model and the corresponding equivalent circuit for characterising the whole discharge processes accurately was proposed, and the three discharge stages were characterised separately. A voltage-controlled current source (VCCS) associated with a resistance and a capacitance were used to represent the DBD stage, and the plasma plume and corona discharge were modelled by a variable capacitor in series with a variable resistor. Other factors that can influence the discharge, such as lead and stray capacitance values of the circuit, were also considered in the proposed model. 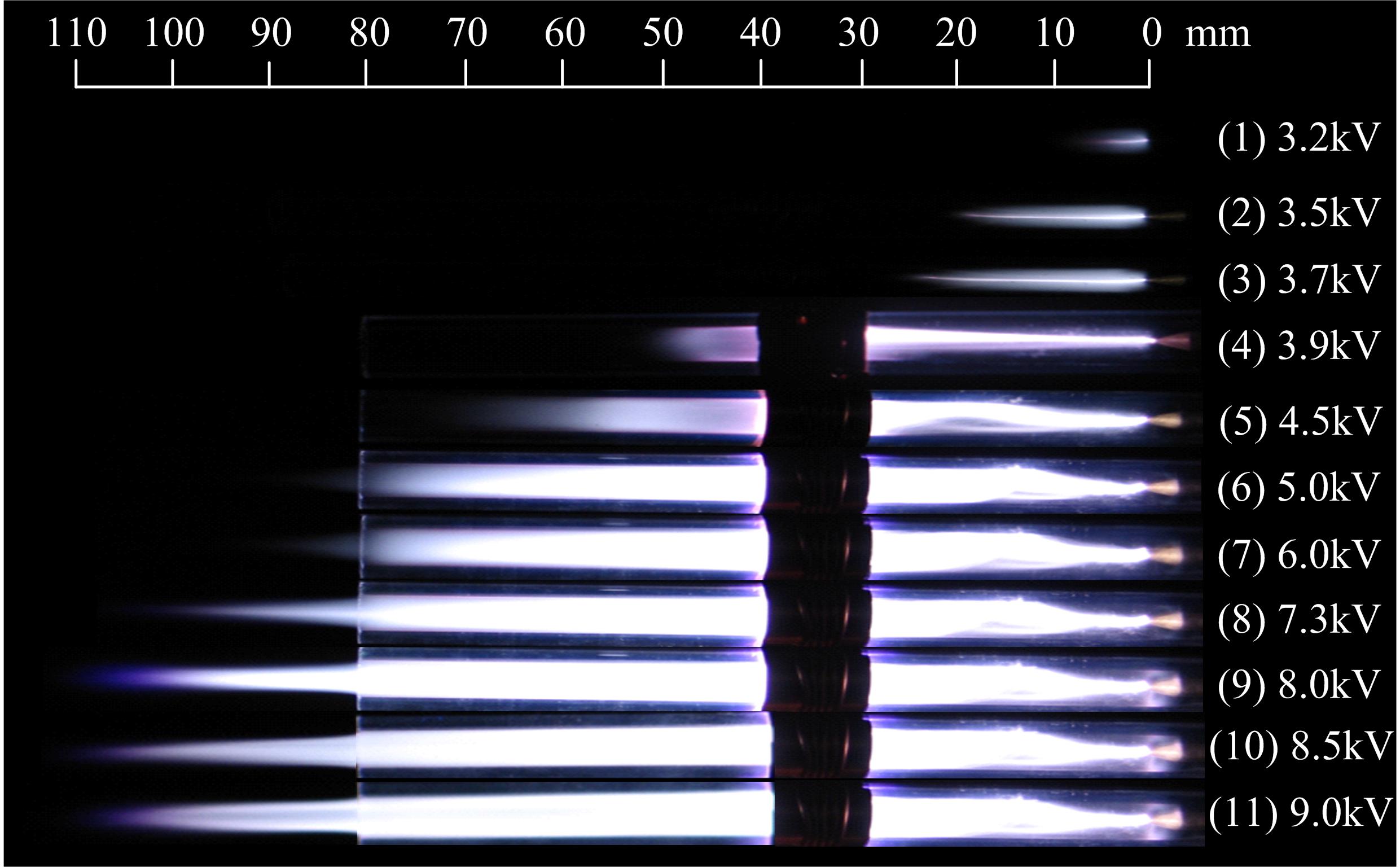