We report on an electron energy analysis study conducted for the purpose of elucidating the single and double ionization pathways when ground state strontium atoms interact with dye laser pulses of ≈5 ns duration, ≈4 × 1011 W cm-2 maximum intensity and 715–737 nm wavelength range. Within this range there are three-photon resonant, four-photon ionized bound states and the four-photon excited 5p21S0 highly correlated autoionizing state, located above the first ionization threshold of strontium. Electron spectra as a function of laser wavelength probed the accumulation of population in the excited 4dj and 5pj Sr+ states. This observation signifies the absorption of at least two photons above the first ionization threshold. However, contrary to what was anticipated in earlier work (performed using the present excitation and ionization scheme but without electron detection) the former states are found to be much more heavily populated than the latter ones. Thus, multi-photon ionization out of the 4d3/2,5/2 levels of Sr+ and within the same laser pulse is identified as the main pathway to double ionization. Finally, the recording of photoelectron angular distributions from four-photon ionization for selected laser wavelengths revealed the dominant contributing partial waves. 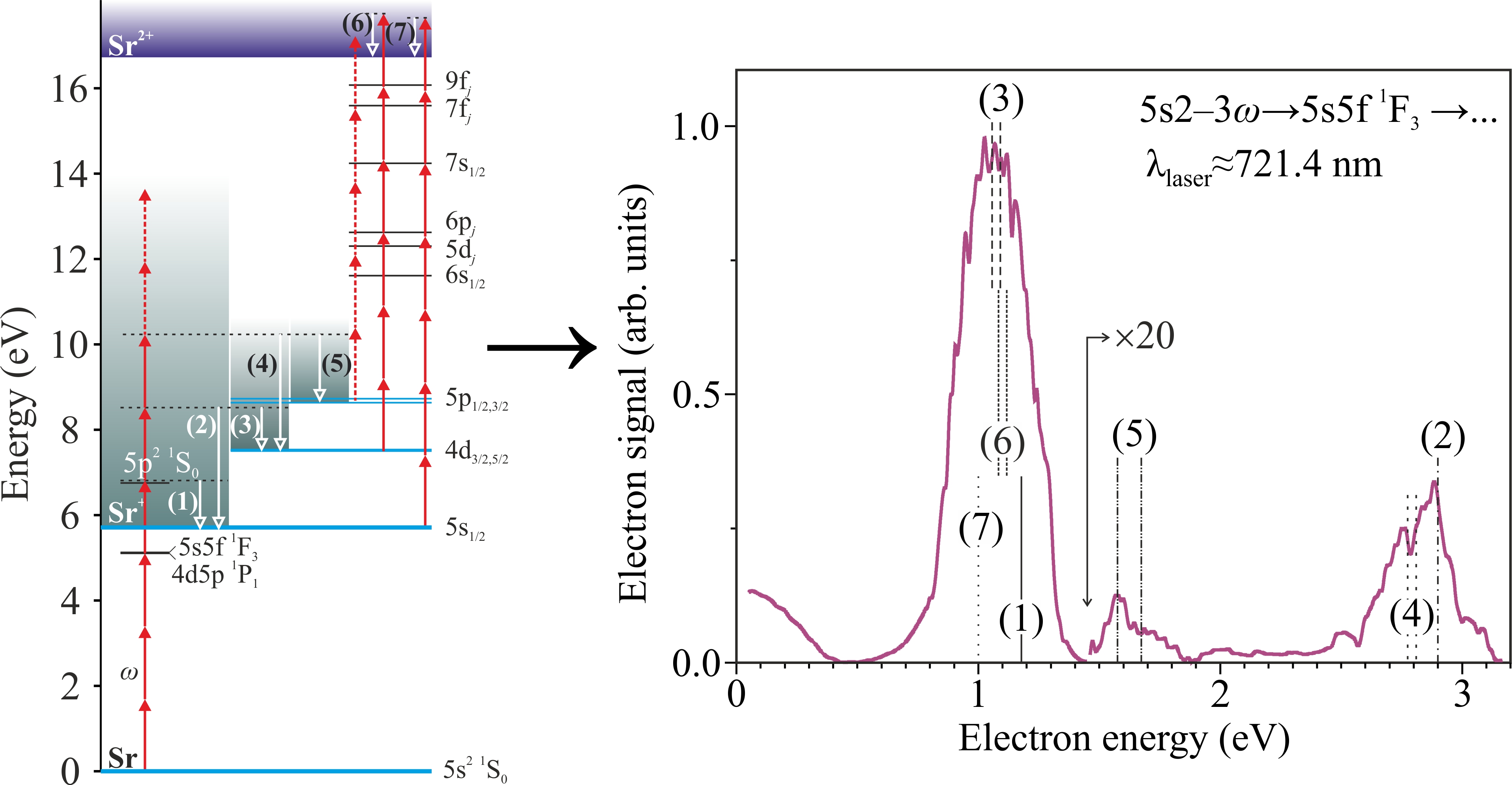