Proton collision with chemical analogs for the base, the sugar and the phosphor residue of the DNA, namely pyrimidine, tetrahydrofuran and trimethyl phosphate, respectively, has been investigated. The impact energies ranged from 300 keV up to 16 MeV. For the first time, relative fragmentation cross-sections for proton impact are reported for tetrahydrofuran and trimethyl phosphate; previously reported cross sections for pyrimidine are extended for energies beyond 2500 keV. Ionization of tetrahydrofuran leads to a ring break in about 80% of all events, trimethyl phosphate predominantly fragments by bond cleavage to one of the three methyl-groups and for pyrimidine the parent ion has the highest abundance. Such comparison supports earlier findings that the sugar is the weak spot for strand breaks. 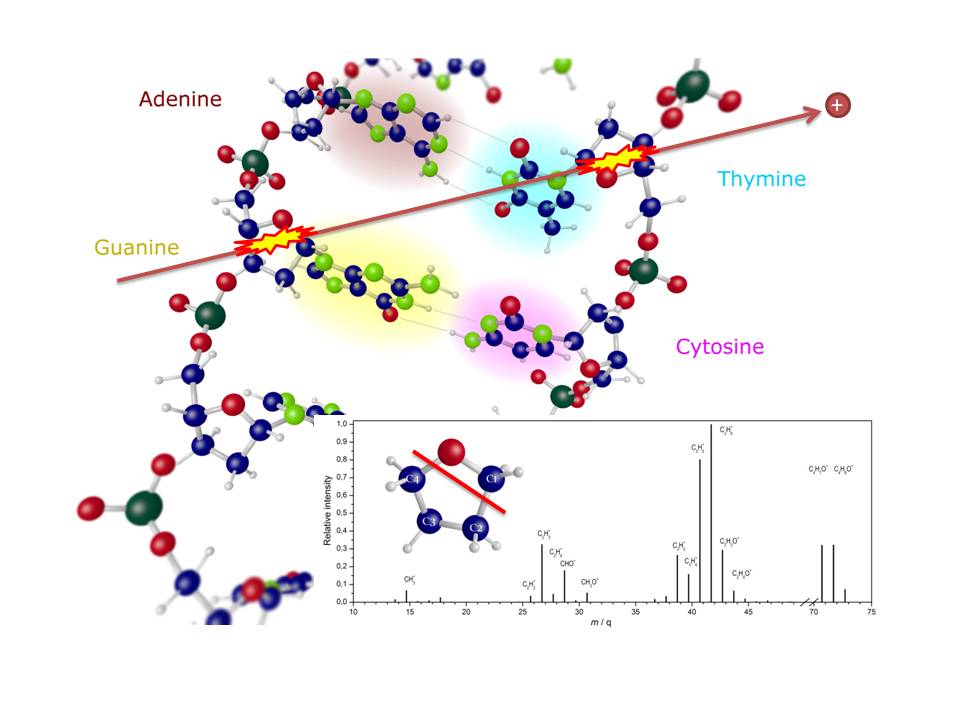