Simulation of the plasma sheath dynamics in a spherical plasma focus

A two concentric electrodes spherical plasma focus device is simulated using a snow plow model, depending on the momentum, circuit and shock wave equations. In the spherical plasma focus, the magnetic pressure for constant discharge current is higher at the system antipodal point as compared to that at the equator. The simulation phases include a run down phase with expansion from the first antipodal to the equator, then a compression from the equator point to the second antipodal point, and finally a reflection of the shock wave on the axis. The results show that the spherical plasma focus model is in good agreement with published experimental results of the plasma parameters such as the discharge current and current derivative. Plasma parameters and the effect of the variation in the gas pressure and discharge voltage were obtained for hydrogen, deuterium and tritium. The energy deposited into the plasma sheath and the power deposited into the plasma focus tube are calculated. The basic calculation of the current fraction is also included in this study. 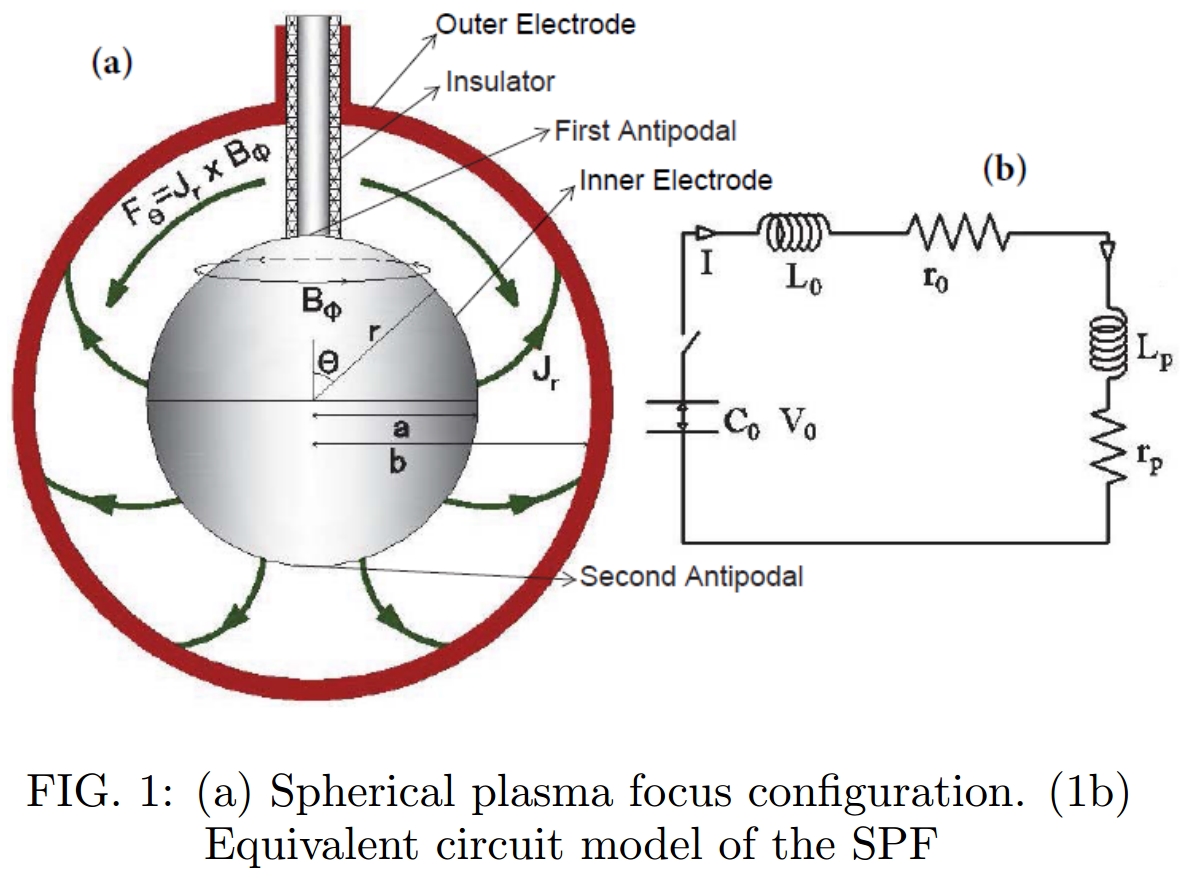