Using computer-controlled data acquisition we have measured mass spectra of positive ions for electron impact on adenine, with electron energies up to 100 eV. Ion yield curves for 50 ions have been obtained and normalized by comparing their sum to the average of calculated total ionization cross sections. Appearance energies have been determined for 37 ions; for 20 ions for the first time. All appearance energies are consistent with the fragmentation pathways identified in the literature. Second onset energies have been determined for 12 fragment ions (for 11 ions for the first time), indicating the occurrence of more than one fragmentation process e.g. for 39 u (C2HN+) and 70 u (C2H4N3+). Matching ion yield shapes (118–120 u, 107–108 u, 91–92 u, and 54–56 u) provide new evidence supporting closely related fragmentation pathways and are attributed to hydrogen rearrangement immediately preceding the fragmentation. We present the first measurement of the ion yield curve of the doubly charged parent ion (67.5 u), with an appearance energy of 23.5 ± 1.0 eV. 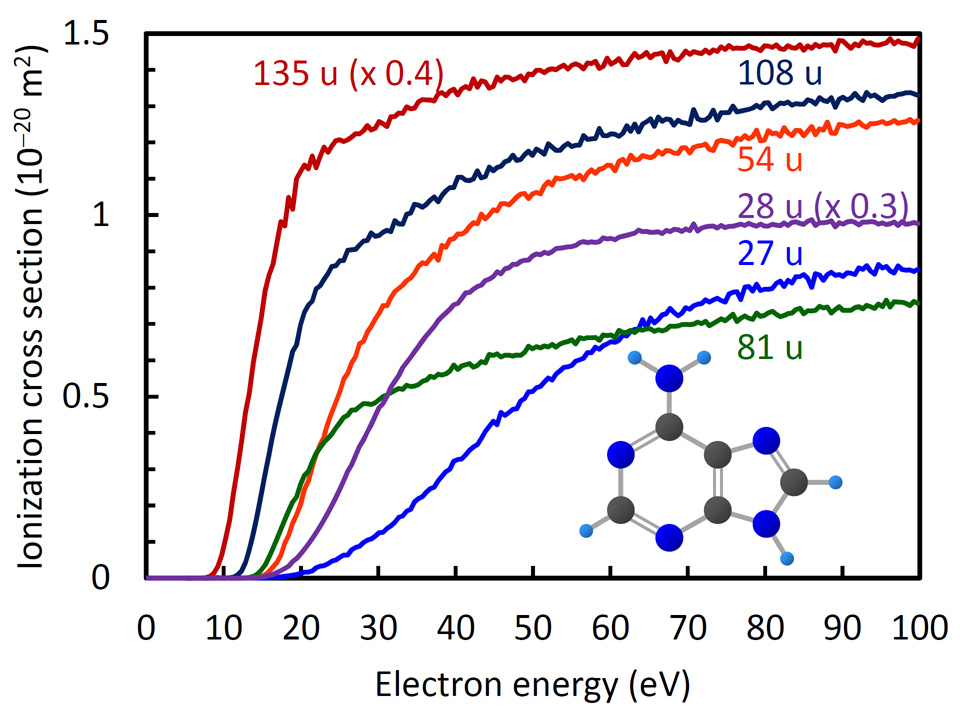