Action of radiations on biological tissues is of major concern in cancer therapy development. Understanding the mechanisms involved at the molecular level in such reactions may be of crucial interest. In particular ion-induced ionization processes appear at the early stage of damage and a detailed analysis has been performed on the charge transfer dynamics of carbon ions with the different DNA and RNA building blocks in order to analyze their respective behavior in ion-induced collisions. We have considered the pyrimidine nucleobases uracil and thymine and the 5-halouracil molecules corresponding to the same skeleton, as well as the sugar moiety 2-deoxy-D-ribose. The calculations have been performed by means of ab initio quantum chemistry molecular methods followed by a semi-classical collision treatment in a wide collision energy range. Considerations of the structure of the biological target as well as analysis of the anisotropy of the process have been performed. The comparison with proton collisions has been developed with regard to previous results. Qualitative trends of interest for DNA building blocks damage may be pointed out. 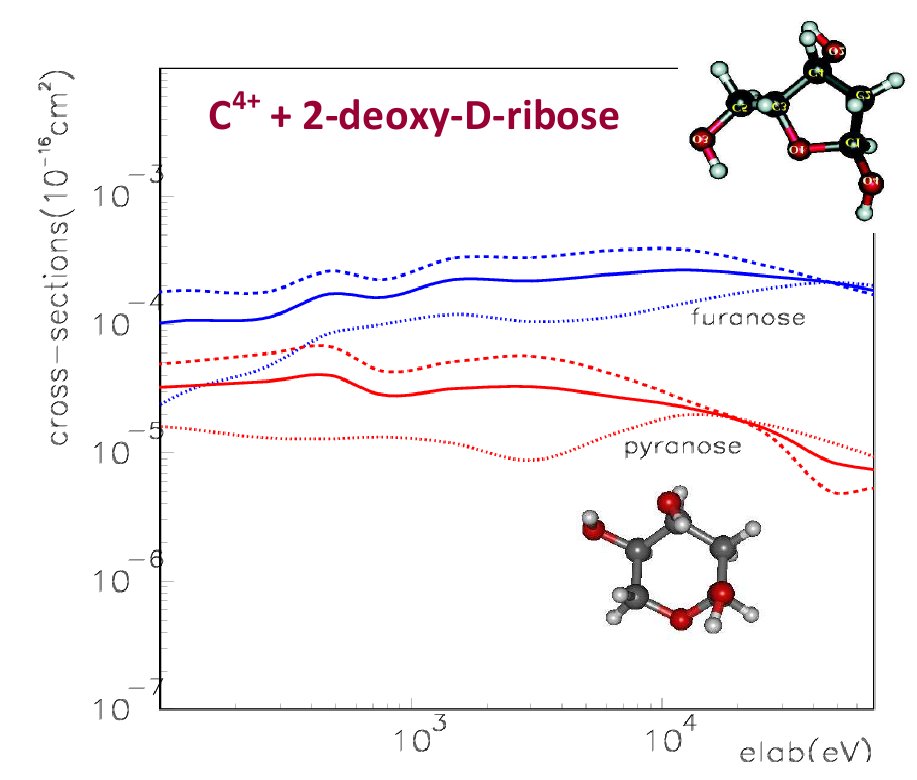