Results regarding morphological and compositional changes of bimetallic thin film (BMTF), composed of aluminium (Al) and titanium (Ti) nano-layers, by single fs laser pulses, are presented. Laser irradiation was conducted in the air with focused, linearly polarized laser pulses, the duration being 300 fs, wavelength 515 nm, and pulse energy up to

. Effects of the variations of the pulse energy on the changes were studied. In the experiment, single pulse energy values from 0.03 to 0.08

caused ablation–photomechanical spallation of the upper part of BMTF layer from the Si substrate, without ablation of the whole film. Irradiation at higher pulse energies gradually removed the whole BMTF and even a part of the Si substrate. We explained the influence of different electron–phonon dynamics, in the case of multilayered thin films composed of Al and Ti, on BMTF ablation. Damage/ablation threshold, which is minimal pulse energy/fluence sufficient for starting ablation, was calculated. 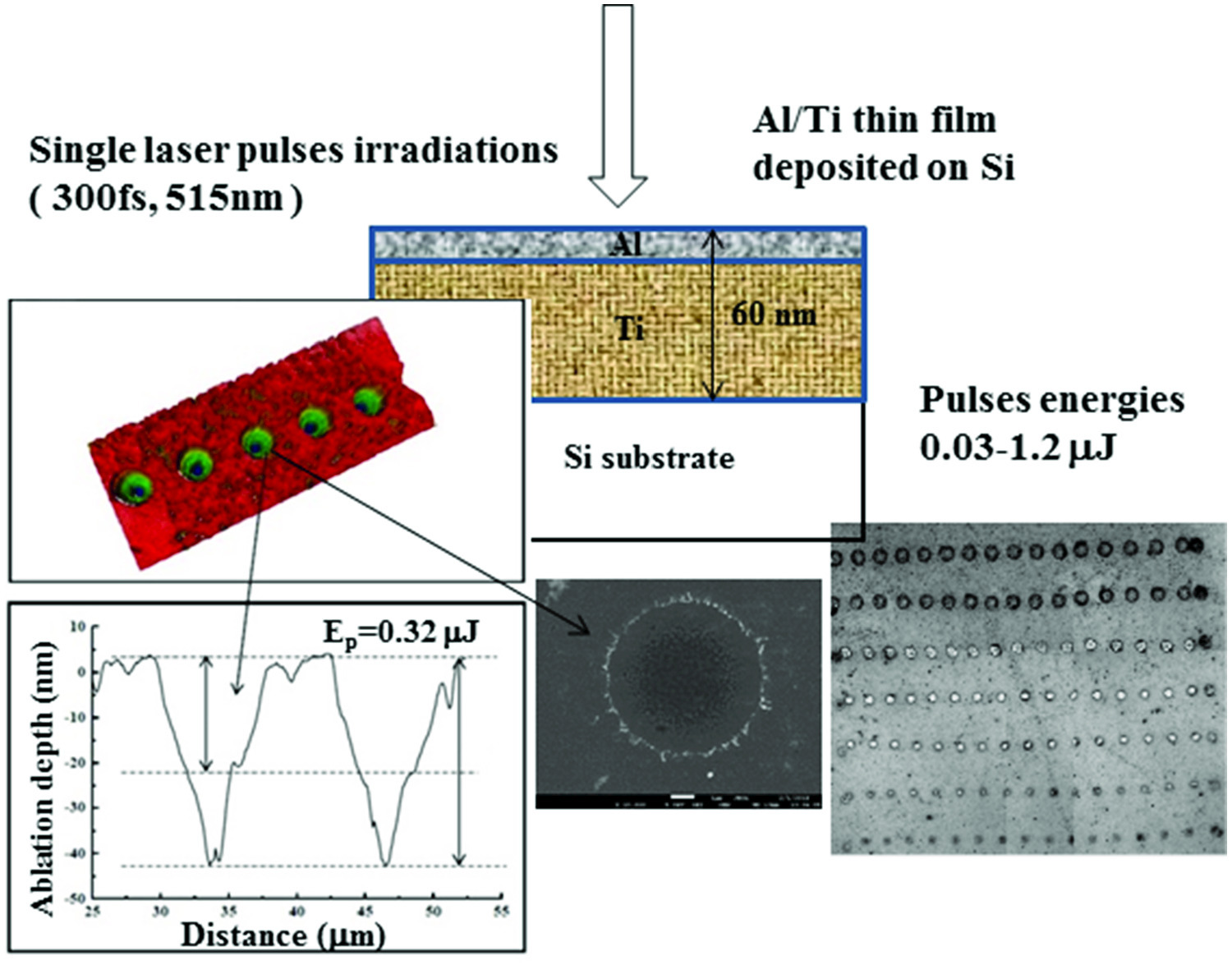