We have studied the electron emission angular distributions for single ionization of helium atoms in their ground states induced by fast proton impact in coplanar geometry. We have employed the four-body formalism of distorted wave (DW-4B) approximation to calculate the fully differential cross sections (FDCS) of the ejected electron for several values of the momentum transfer and energies of the electrons ejected in the scattering plane. In this formalism, distortion in the exit channel related to the Coulomb continuum states of the scattered proton and the ejected electron in the field of residual target ion are included. In the entrance channel, the initial bound state wavefunction is distorted by the incoming proton and the corresponding wavefunction is related to the Coulomb continuum state of the active electron and the proton. The transition amplitude contains nine-dimensional integrals, and it is analytically reduced to two-dimensional integrals. These two-dimensional integrals can be calculated numerically. The influence of the target wavefunctions on the FDCS is also investigated using various bound-state wavefunctions for the helium atom. The obtained results using the DW-4B approximation have been compared with the recent measurements of Schulz et al. (Phys Rev A 73:062704, 2006), Gassert et al. (Phys Rev Lett 116:073201, 2016) and Chuluunbaatar et al. (Phys Rev A 99:062711, 2019) and with the other theoretical calculations. It is found that in the whole angular range clear discrepancies are found between the experimental data and the theoretical predictions at large momentum transfer and intermediate impact energy. 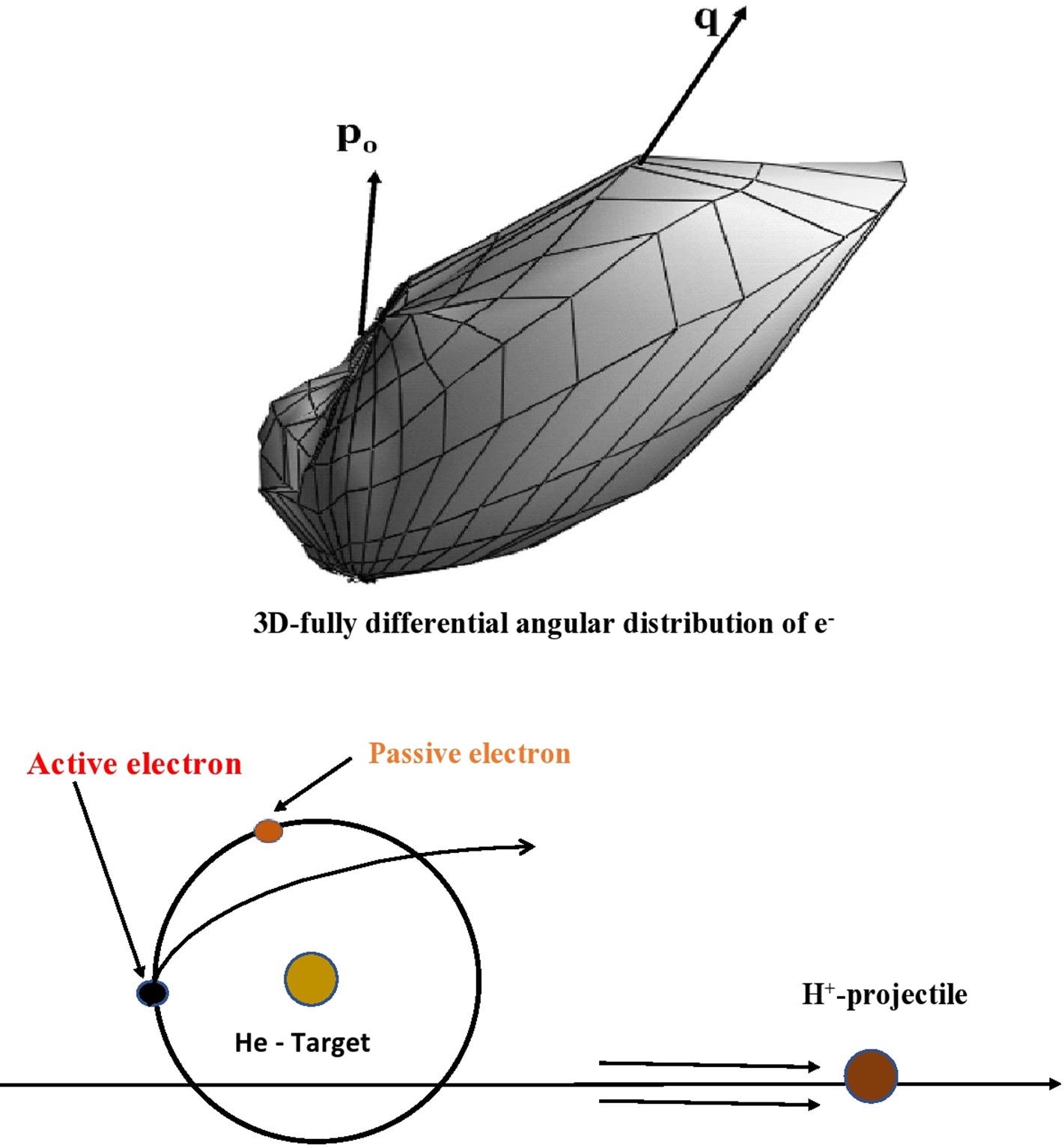