The evolution of primary stars (30–40

, evolving in massive binary systems, possible progenitors of gravitational wave sources. The binary systems have an initial mass ratio of 0.9, an initial orbital period of 3 days and an accretion efficiency of 10%. The evolution of the primary stars in those systems is followed from the main sequence to the formation of the carbon-oxygen core. In addition, the evolution of two primaries with the lowest initial masses is calculated to the iron core formation. The masses of the helium and carbon-oxygen cores formed in primary stars are compared with the masses of cores formed in single stars with the same initial masses. The initial mass limit for the black hole formation for this selected type of massive binaries is established between 32 and 34

. All models are calculated with the MESA (Modules for Experiments in Stellar Astrophysics) numerical code. 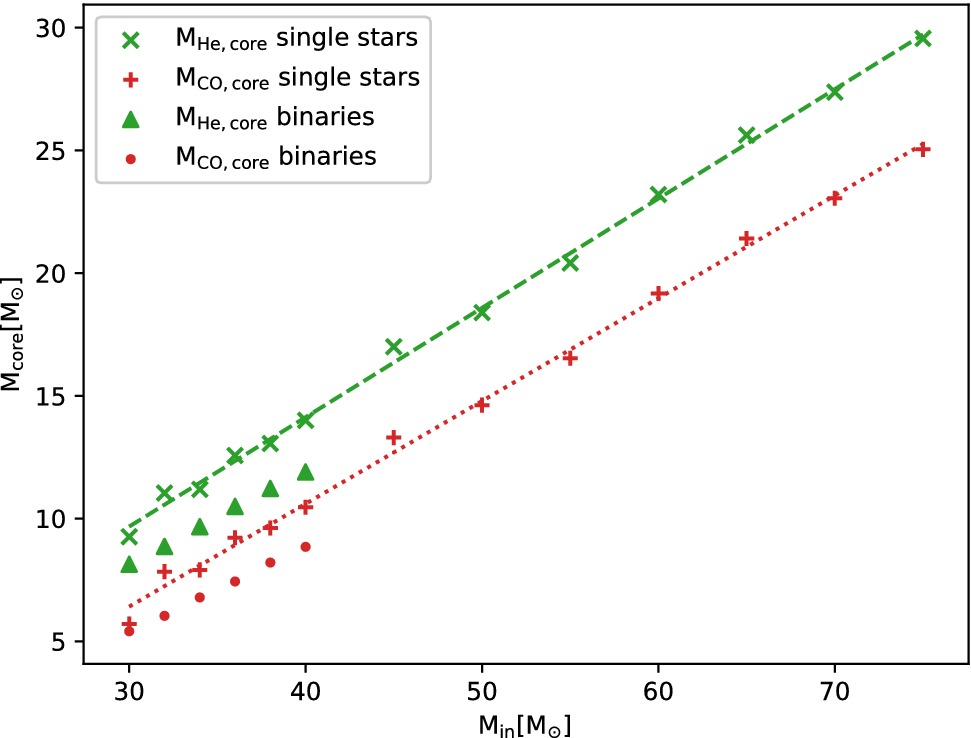