Ho, because of its very low decay energy. Moreover, certain models of quantum measurement indicate much longer initial nonexponential decay time and the corresponding implication on the increase of decay rate under compression is still not known. It is important to understand the large discrepancy between the measured and calculated increase of electron capture nuclear decay rate under compression and the associated role of quantum anti-Zeno effect because of their possible implications in various astrophysical and geophysical calculations. 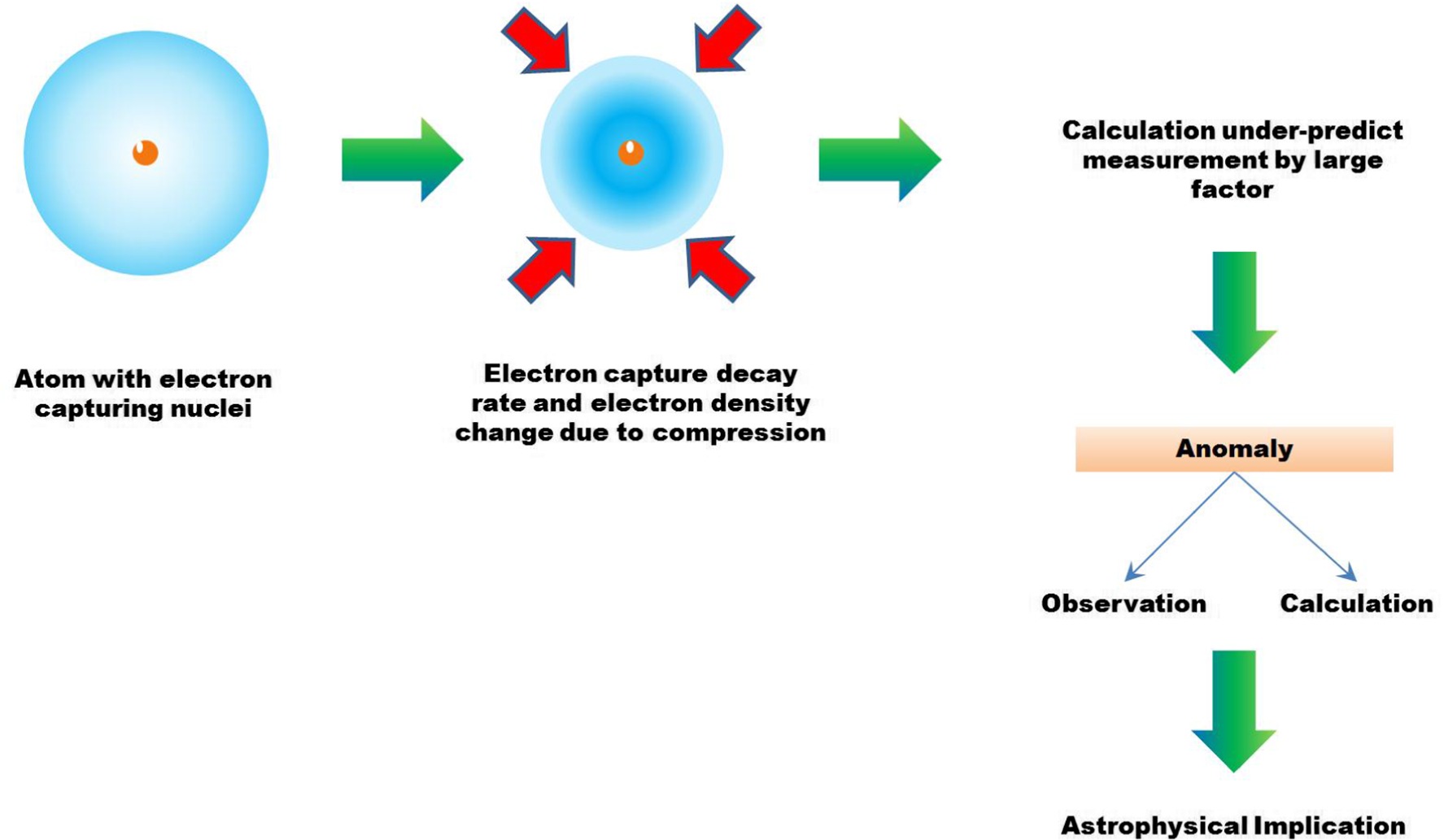