. The Schrödinger equation corresponds to the one of the atoms with a binding particle

is the electron mass. The muon, in comparison with the electron, moves along an orbit which remains much closer to the nucleus and the associated binding energy is considerably increased. In this report, we have studied how the ground state energy changes for H,

muonic atoms when subjected to very high compression. In order to simulate such a compression regime for the atoms, we have considered two confinement models: In the first, we assume for each system a nuclear point mass, whereas in the second the nucleus consists of a finite volume with a uniformly distributed charge. The energy correction due to the nucleus finite size is carried out at first-order perturbation theory. We found that the maximum of the energy correction becomes more important as the confinement and mass number of the atom nucleus grow. 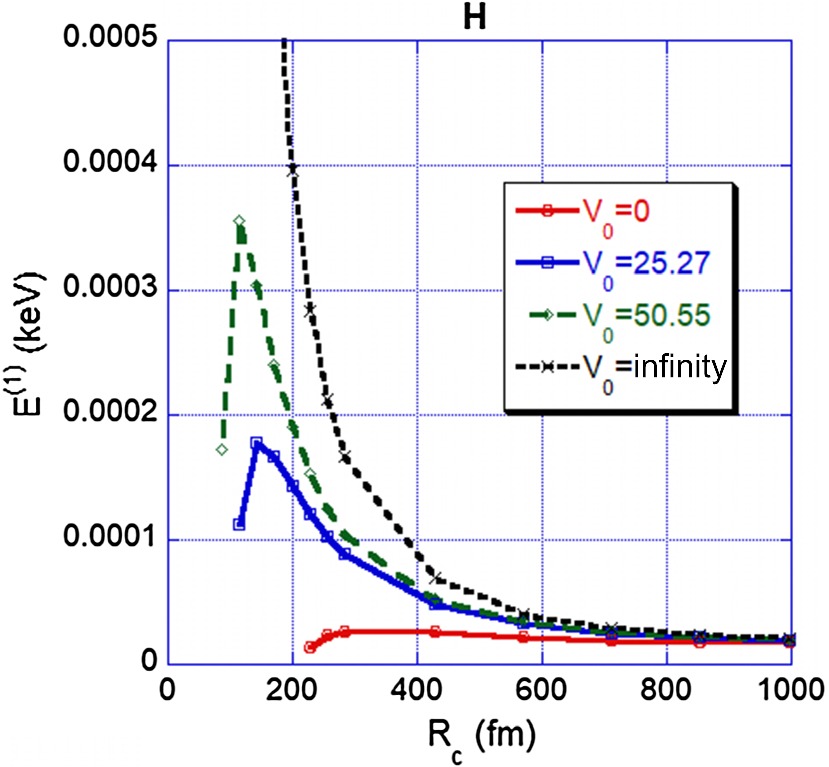