In this paper, we introduce analytically the TC-model of two qubits interacting with a coherent cavity field via 2-photon process under the intrinsic dissipation effect. The interaction between the coherent cavity field and the two qubits, which are initially in an uncorrelated state, leads to generate non-locality qubit-qubit correlations. These correlations are investigated by using trace-norm measurement-induced nonlocality and Bures distance entanglement. It is found that the sudden appearance and sudden disappearance of the qubit-qubit entanglement depend not only on the intrinsic noise but also on the initial coherence intensity. The generated non-locality correlations and their stationary values may be controlled by the physical parameters of the intrinsic noise and the initial coherent field state. 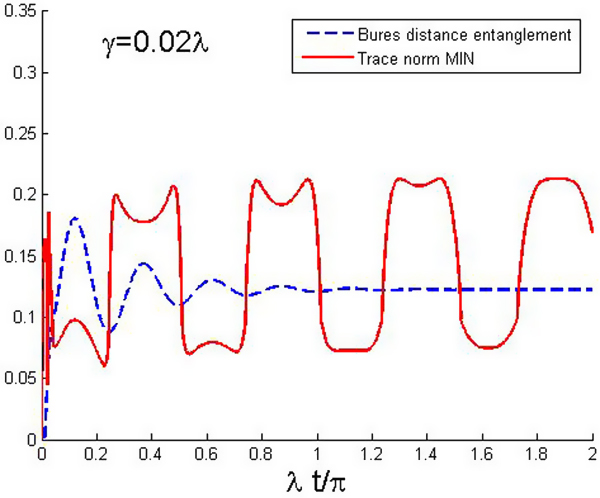