We study the interaction of xenon with an 850 eV photon energy FEL pulse. We compute single-photon ionisation cross sections and Auger rates by adopting to atoms a formalism we previously developed for diatomic molecules. In this formulation, a bound orbital is expressed as a sum of wave functions each corresponding to a different l quantum number. In contrast, in previous formulations only one l quantum number is associated with a bound orbital. As a result, in the non-relativistic regime, the description of the bound states is more accurate in our computations. Employing a Monte-Carlo technique, we find that our results for the ion state yields of xenon compare well with experimental results. Moreover, we find that when xenon is driven by two FEL pulses of the same energy but different pulse duration, higher-charged states are produced in the case of the longer duration and less intense laser pulse. An analysis of the ionization pathways reveals that less single-photon absorptions underlie the formation of each higher-charged state for the longer duration pulse compared to the shorter one. We find that the reason for the formation of higher-charged states for the longer duration pulse is the prevalence of Auger cascades.

© The Author(s) 2020. This article is published with open access at Springerlink.com 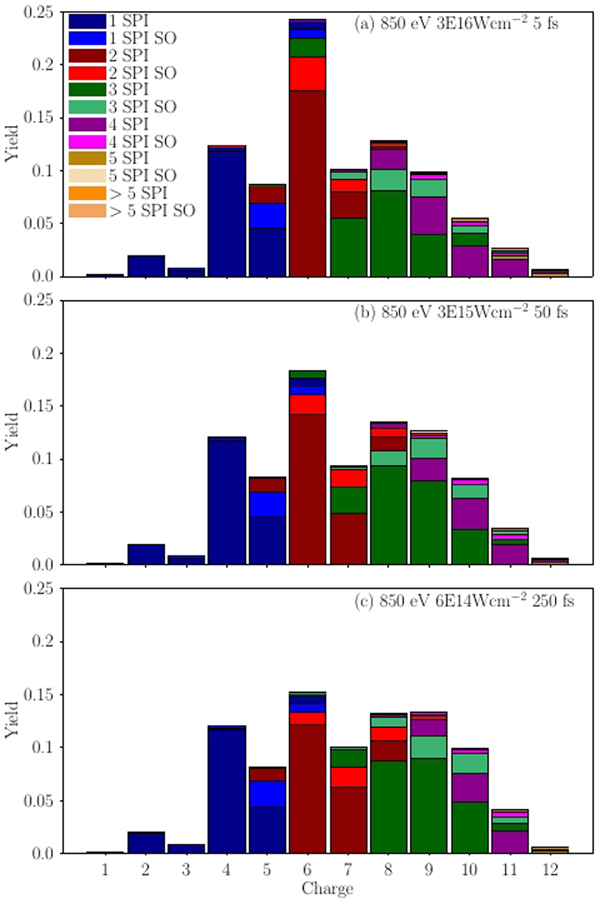