Hidden-crossing explanation of frozen-planet resonances in antiprotonic helium; their positions and widths

The existence of the frozen-planet states in antiprotonic helium p̅He+, characterized by an excited electron and strongly localized antiproton in a potential well at large internuclear distance between p̅ and He+, was predicted in 1991 (K. Richter, J.M. Rost, R. Thürwächter, J.C. Briggs, D. Wintgen, E.A. Solov’ev, Phys. Rev. Lett. 66, 149 (1991)) in an analysis of the adiabatic Born-Oppenheimer potentials. However, no explanation for appearance of this well and no data for positions and widths of these states were given. Here we show that the formation of an outer well is due to the hidden-crossings of S-type. We also calculate positions and widths of these resonances.There are two adiabatic mechanisms that explain decay of the frozen planet states into the inner well: (i) tunneling of antiproton through the barrier and (ii) transition via S-type of hidden-crossings. The third competing mechanism that determines the lifetime of the frozen planet states is the radiative decay of the excited electron. 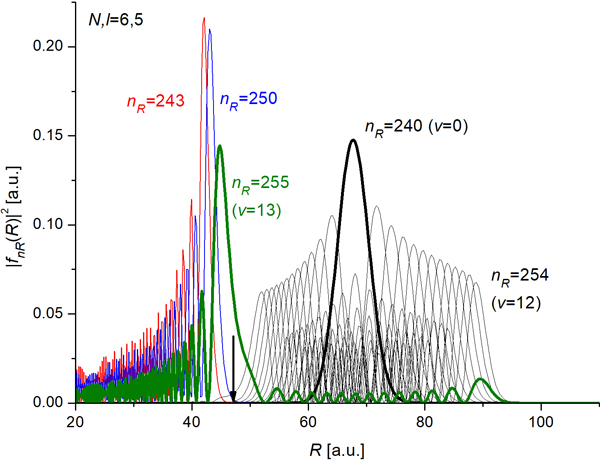