The nonlinear features of Ion Acoustic (IA) waves are studied in a fully relativistic three-dimensional (3-D) plasma system with consideration of effect of both positron beam and trapped electrons. We consider a set of 3-D magnetised hydrodynamic equations with pressure expansion for our plasma model along with kinetic Vlasov equation for electrons. Applying the perturbative expansion technique, a Modified Korteweg-de Vries (m-KdV)-like equation is derived, exhibiting the evolution of small amplitude IA waves in plasma. The modified coefficient of nonlinear term in K-dV equation has arrived due to impact of vortex-like distribution of electrons. An analytical and numerical investigation of the nonlinear evolution equations is exhibited with external magnetic field effects, the time derivative pressure expansion as well as other parameters like relativistic effect, mass variation, beam velocity and temperature effect have been taken into consideration. The presence of vortex like trapped electron distribution and positron beam governs the influence of soliton structure quite significantly. The present result should help us to understand the experiments that involve particle trapping and also the salient features of astrophysical environment like ionospheric plasma together with situations in plasma describing the electrostatic solitary structures usually seen in antimatter-related environment in interplanetary region. 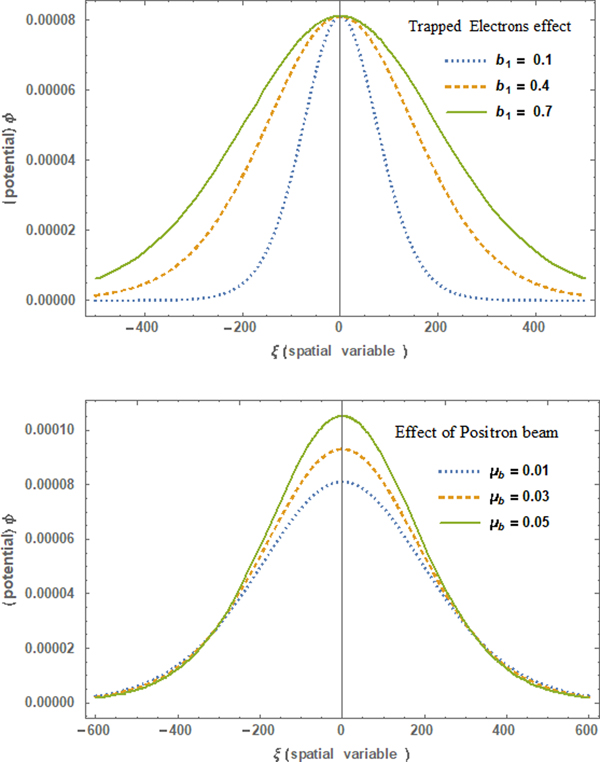