Interaction of photoionisation and meteoric input in the atmosphere of Jupiter⋆

Interplanetary dust grains and meteoroids are assumed to deliver oxygen to the atmosphere of Jupiter. A current photochemical model overestimates the resultant density of water relative to an available measurement. This paper investigates whether the interaction of photoionisation and meteoric products can explain that discrepancy. As any process that breaks up water molecules is likely to produce hydroxyl, the predicted densities of hydroxyl are also investigated as a possible target for remote sensing. It is found that the densities of water are not changed by the addition of photoionisation, but that higher OH densities are predicted above about 400 km. 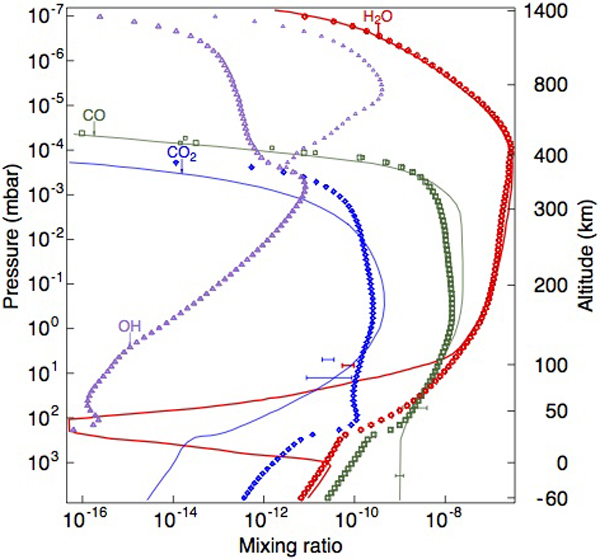