An analytical study of intense radiation generation at second harmonic frequency, by a circularly polarized laser beam propagating in plasma, in presence of an obliquely applied magnetic field, has been presented. Considering a mildly relativistic regime, a perturbation scheme is used for evaluation of transverse components of current density. The current density oscillating at twice the fundamental frequency of the laser field, drives the second harmonic radiation. The amplitude of the circularly polarized second harmonic radiation is derived and its variation with obliqueness of the applied magnetic field is graphically depicted. 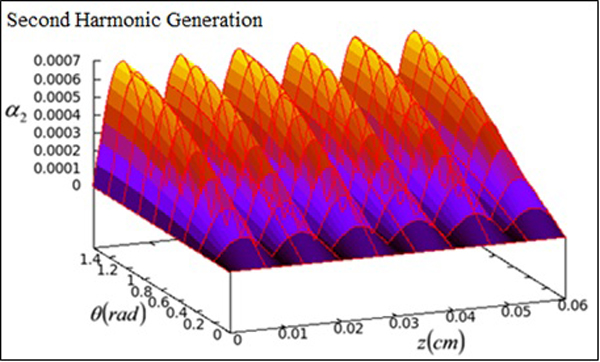