The first- and third-order susceptibilities of a five-level K-type atomic system with an upper V subsystem connected to a lower Λ subsystem are investigated. An enhanced Kerr nonlinearity accompanied by suppressed linear absorption is achieved just by tuning the intensity and the detuning of coupling laser fields. The effect of spontaneously generated coherence (SGC) on Kerr nonlinearity in such atomic system is then introduced. It is found that in the presence of SGC, the nonlinear response of the system depends on the relative phase of the applied fields. 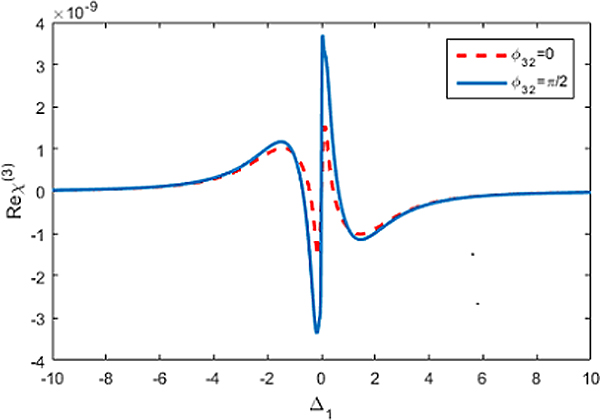