Electron kinetics at the plasma interface★

The most fundamental response of an ionized gas to a macroscopic object is the formation of the plasma sheath. It is an electron depleted space charge region, adjacent to the object, which screens the object’s negative charge arising from the accumulation of electrons from the plasma. The plasma sheath is thus the positively charged part of an electric double layer whose negatively charged part is inside the wall. In the course of the Transregional Collaborative Research Center SFB/TRR24 we investigated, from a microscopic point of view, the elementary charge transfer processes responsible for the electric double layer at a floating plasma-wall interface and made first steps towards a description of the negative part of the layer inside the wall. Below we review our work in a colloquial manner, describe possible extensions, and identify key issues which need to be resolved to make further progress in the understanding of the electron kinetics across plasma-wall interfaces. 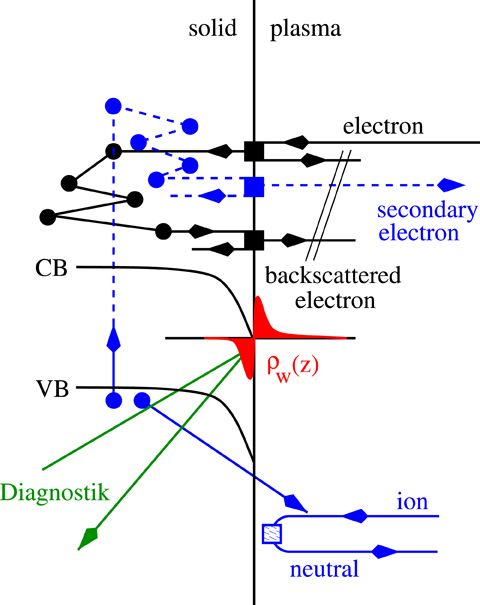